13K ratings
Currently Out of Stock: We'll get more as soon as possible
Notify Me When Available
Add to Wishlist
Format:  DVD
sku:  JJT 5453D
Our customers love us! 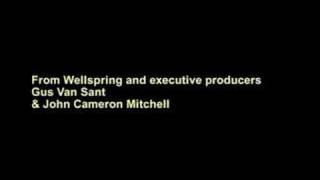 TARNATION is a wondrous achievement, a personal essay that miraculously balances despair and tragedy with an overriding air of hopefulness. Raised by a schizophrenic mother and abusive foster parents in and around Houston, Texas, Jonathan Caouette escaped from his bleak surroundings by hiding behind a video camera. Since he was eleven, Jonathan obsessively documented himself and those around him, resulting in a stockpile of videotapes that appeared to have no certain purpose. Around this time, he made another dramatic discovery: he was gay. Inspired by underground horror films, musical theatre, and other forms of pop culture, Jonathan knew that he one day wanted to be a performer, and so, in his early twenties, he moved to New York City, where he acted in student films and found stability in the form of his loving boyfriend, David. When he discovered Apple's easy-to-use iMovie editing software, Jonathan began the arduous process of assembling the endless footage of his past. The result is an autobiographical documentary that defies description, a heart-wrenching, devastating testament to personal human spirit. Even after all that his mother put him through, Caouette heroically stands behind her, which gives TARNATION its unwavering soul and makes it must-see viewing for everyone.