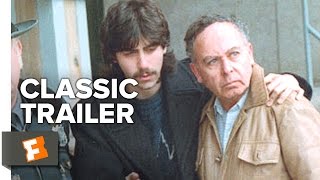 Watching Andrew Jarecki's riveting non-fiction drama is like watching a slow-motion replay of a multi-car pileup; you know it's headed for disaster, but there's no way you can stop watching. On the surface, the Friedmans were a typical 1980s American family. Living in Great Neck, Long Island, Arnold was a well-respected teacher, Elaine was a dedicated mother, and their children Seth, Jesse, and David were model students. But one Thanksgiving, that happy façade came to a crashing halt. After the local police discovered Arnold had engaged in the buying and selling of child pornography, they questioned several students who attended his computer classes in the Friedman basement. What they revealed would shock the community, and destroy the Friedman family forever. The subsequent investigation and trial uncovered even deeper hidden secrets at an alarming rate, creating a rift between Arnold and Elaine that would never be reconciled. Jarecki uses present day interviews with Elaine, Jesse, and David, as well as Arnold's brother Howard, to provide some sort of insight on the situation, but it backfires, for everyone has a different story to tell. And then there is actual home video footage of the family in the midst of the hurricane, which gives the film an eerie, voyeuristic charge.

Deliver Us from Evil
$4.89 BLACK FRIDAY
Add to Cart

Deliver Us from Evil
$9.95 BLACK FRIDAY
Add to Cart

West of Memphis
$19
Add to Cart

Dear Zachary: A Letter to a Son About His Father (Blu-ray)
$30.50 BLACK FRIDAY
Add to Cart

Dear Zachary: A Letter to a Son About His Father
$28 BLACK FRIDAY
Add to Cart