A cop turns to a life of crime after he fails to stop an armed robbery. 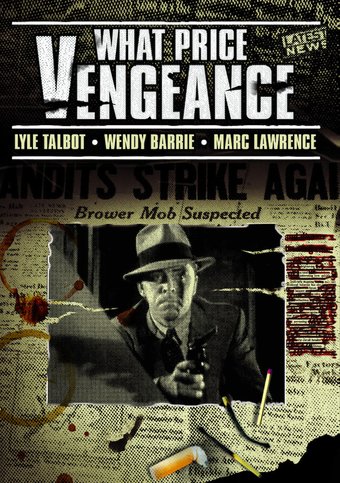 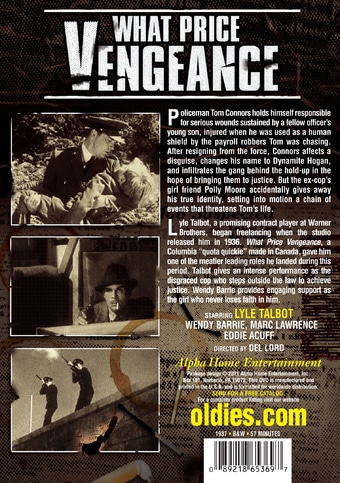 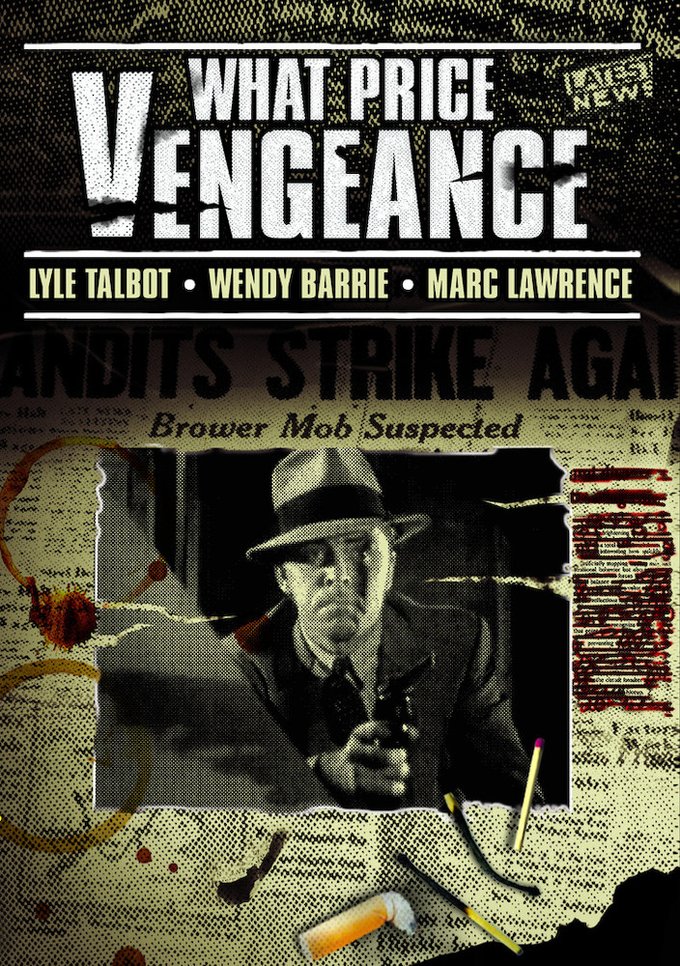 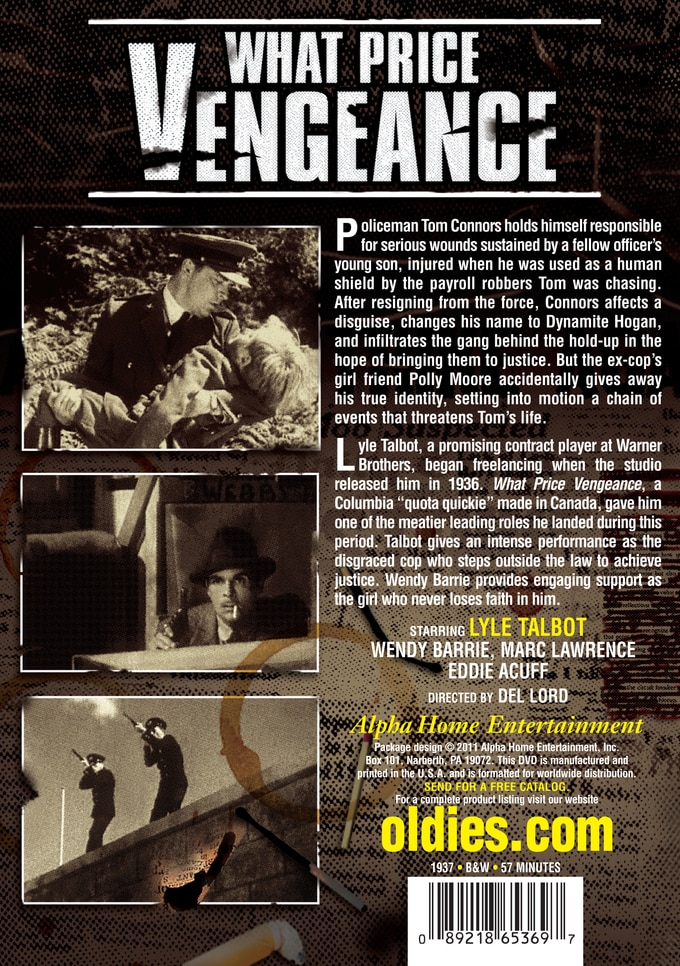 Policeman Tom Connors holds himself responsible for serious wounds sustained by a fellow officer's young son, injured when he was used as a human shield by the payroll robbers Tom was chasing. After resigning from the force, Connors affects a disguise, changes his name to Dynamite Hogan, and infiltrates the gang behind the hold-up in the hope of bringing them to justice. But the ex-cop's girl friend Polly Moore accidentally gives away his true identity, setting into motion a chain of events that threatens Tom's life.

Lyle Talbot, a promising contract player at Warner Brothers, began freelancing when the studio released him in 1936. What Price Vengeance, a Columbia "quota quickie" made in Canada, gave him one of the meatier leading roles he landed during this period. Talbot gives an intense performance as the disgraced cop who steps outside the law to achieve justice. Wendy Barrie provides engaging support as the girl who never loses faith in him.

A small-town cop tracks down some escaped convicts who hold up a bank on his turf in this tough-talking crime drama.