Phineas Newborn, Jr. Here Is Phineas
From the Vaults of Atlantic Records (series) 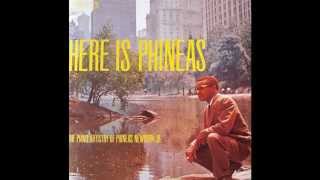 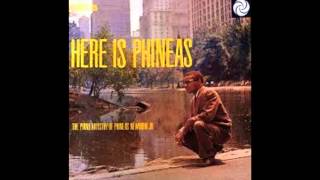 Personnel: Phineas Newborn, Jr. (piano); Calvin Newborn (guitar); Oscar Pettiford (bass); Kenny Clarke (drums).
Reissue producers: Donald Elfman, Naomi Yoshii.
Recorded in New York, New York on May 3 & 4, 1956. Originally released on Atlantic (1235). Includes liner notes by George Wein.
All tracks have been digitally remastered using HDCD technology.
Other than two numbers cut for the Progressive label in Houston a couple years earlier (and thus far never reissued), this Atlantic session (put out as a Koch CD in 1999) was the recording debut for the remarkable Phineas Newborn. The 24-year-old pianist's playing on this trio/quartet date with bassist Oscar Pettiford and drummer Kenny Clarke (and occasionally guitarist Calvin Newborn) is virtuosic to say the least, on Oscar Peterson's level if not Art Tatum's. Newborn rips through the repertoire (which is highlighted by "Barbados," "Celia," "Daahoud," and "Afternoon in Paris"); try to tap your foot to "Celia" without breaking your ankle! In the liner notes, George Wein faults Newborn's tendency to double time the ballads, and some listeners may shake their heads at his constant outpouring of technically impossible runs (those speedy octaves are ridiculous) -- but if one has chops on this level, one should feel free to display them. This is a dazzling debut from an ill-fated but classic pianist, and this CD is a gem. ~ Scott Yanow