The Fireballs Bottle of Wine 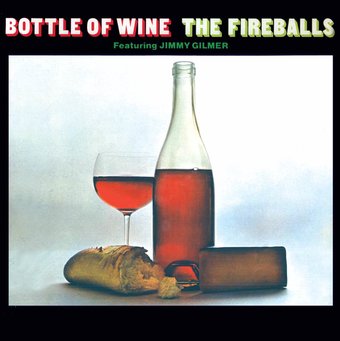 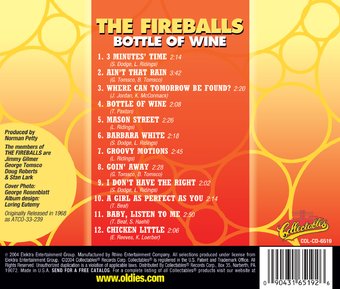 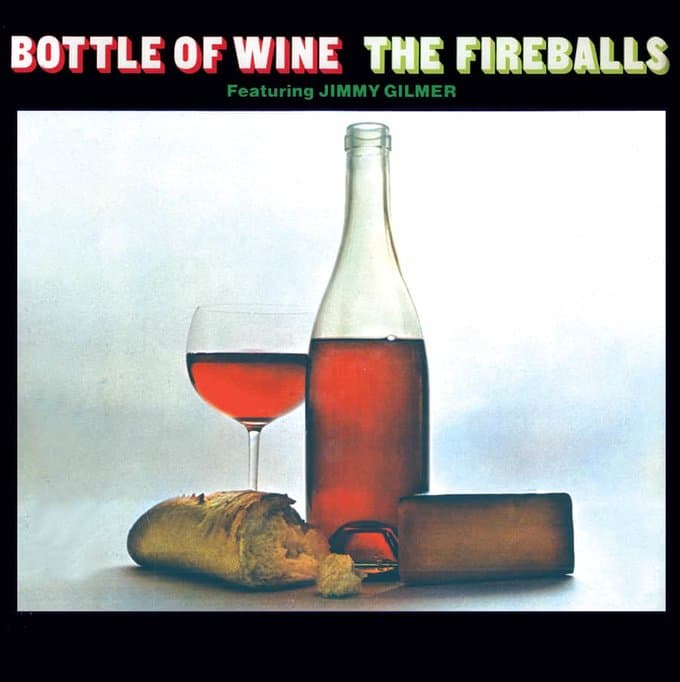 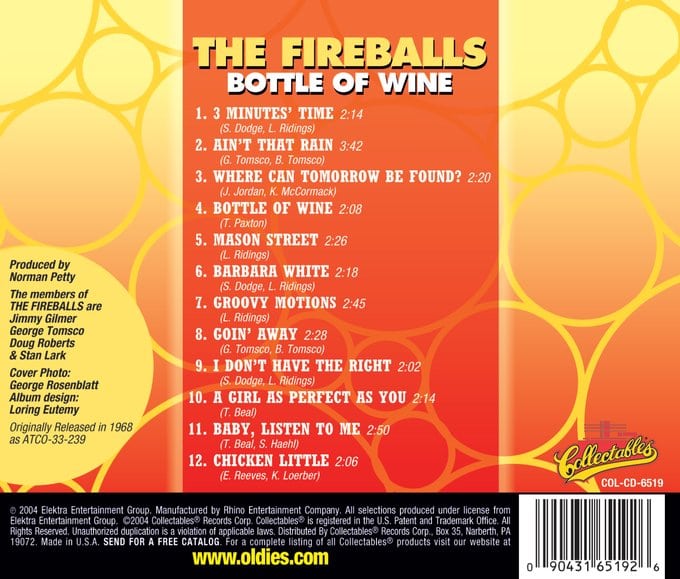 The Fireballs are best-known for "Sugar Shack," the best-selling single of 1963. They were also an accomplished instrumental group with a number of popular wordless singles to their credit before "Sugar Shack" became such a massive hit. By the mid-sixties, many rock 'n' roll bands were turning to folk music and the Fireballs opted to try it as well, choosing Tom Paxton's driving "Bottle Of Wine." When originally released in 1968, the song hit #9 on the Billboard Pop Singles chart.

By the late 1960s, the Fireballs were trying to update their sound into the AM radio mainstream, as evidenced by the presence of beefy horns and full Grass Roots-type production on several tracks. Despite the presence of the hit "Bottle of Wine," it wasn't convincing, largely because the material was so run-of-the-mill. A few of the songs are decorated by an odd, Mellotron-ish keyboard sound (perhaps the Solovox, which had been employed back in 1963 on "Sugar Shack"), especially the ballad "Ain't That Rain" (the best track), but there's nothing too memorable. The liner notes, by the way, claim that Tom Paxton, noted folk singer and author of "Bottle of Wine," sent a demo of the song, which he "had just written," to Norman Petty in 1967, but in fact the tune could not have been penned in 1967: Judy Collins had recorded it in 1964. A CD reissue combines this and the 1969 album Come On, React! onto one disc. ~ Richie Unterberger

32%off
The Fireballs
Clovis Classics: The Definitive Collection
$14.98 on Sale
Add to Cart
(2)

The Fireballs
Exotic Guitars: From The Clovis Vaults
$18.90 Super Savings
Add to Cart