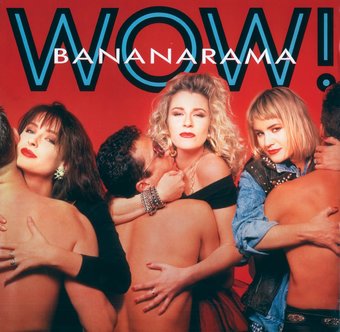 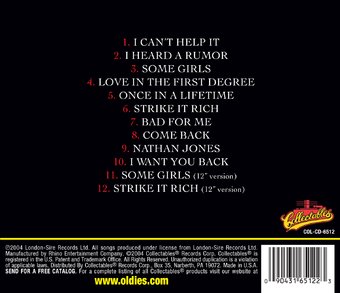 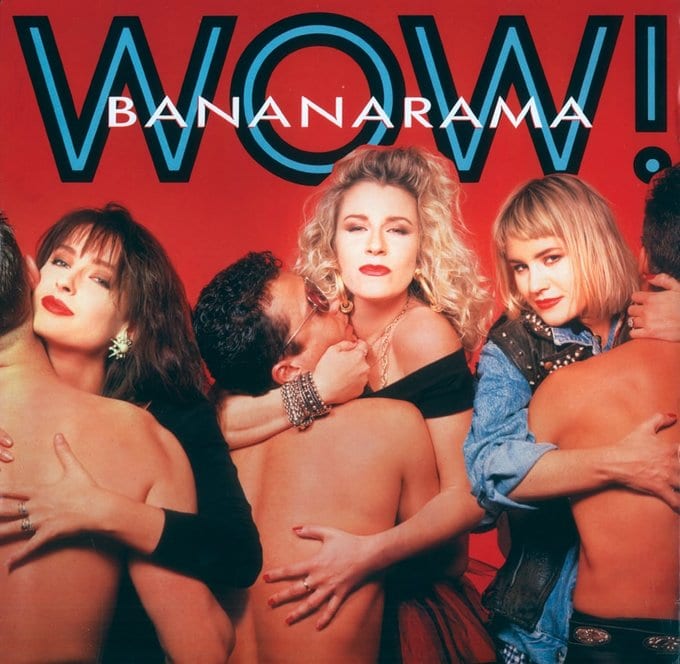 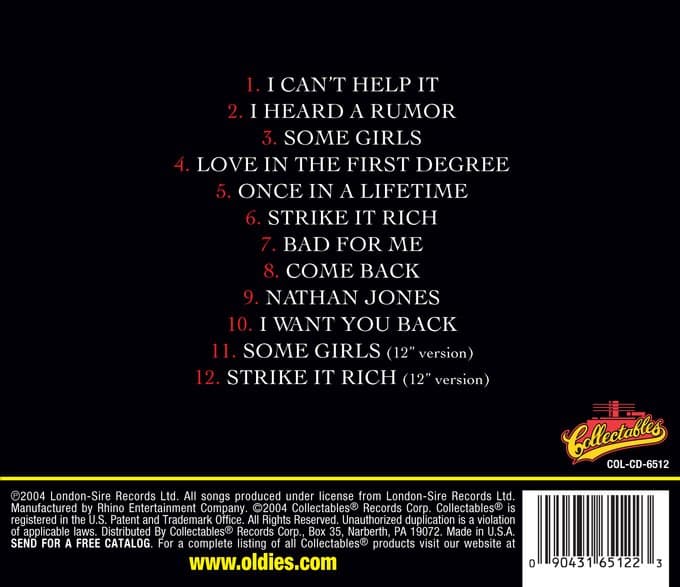 Produced by Euro-Pop geniuses Mike Stock, Matt Aitken, and Pete Waterman (who produced Banarama's hit-laden "True Confessions" album in addition to such hot 80's acts as Dead or Alive, Rick Astley, Kylie Minogue), "Wow!" spawned the hits "I Can't Help It," "I Heard A Rumor" and "I Want You Back."

Bananarama: Sarah Elizabeth Dallin, Keren Woodward, Siobhan Fahey.
Personnel: Matt Aitken (guitar, keyboards, programming, background vocals); Mike Stock (keyboards, programming, background vocals); John O'Hara (keyboards); Waterman, Pete Waterman (drums); Ian Curnow (programming).
Audio Mixers: Peter Hammond; Phil Harding.
Bananarama followed up their hit-laden True Confessions, which spawned their international chart-topping version of "Venus," with 1987's Wow! True Confessions witnessed the emerging role of Stock, Aitken & Waterman as the trio's producers -- Wow! was wholly assembled by the hitmaking team, which was also responsible for hits by Rick Astley, Kylie Minogue, Dead or Alive, Donna Summer, and countless others. This album is, therefore, a straightforward 1980s dance set, with several songs that went on to become international hits. The only track from this set to make the U.S. Top Ten was "I Heard a Rumour," a sassy, joyous single just as infectious today as when first released. Also included is the sleek, lip-smackin' disco hit "I Can't Help It," the engaging, European chart-topper "Love in the First Degree," the single "I Want You Back," and an extended mix of their version of the Supremes' "Nathan Jones." Some of the non-hits pale in comparison to the singles, among those the dated, 12" version of "Some Girls"; the 12" version of "Strike It Rich," which, at some points, resembles an inferior version of "I Can't Help It"; and "Bad for Me," which unintentionally highlights the trio's vocal limitations. Nonetheless, the singles were quite intoxicating, and this hard-to-find set is sure to please fans of Bananarama, or any fans of the Stock, Aitken & Waterman sound, which ruled the airwaves and nightclubs in the mid- to late '80s. ~ Jose F. Promis


i would like to say that this magical album has very well written songs i bought this album in HMV oxford street and love it i had the original album when it first came out on cassette and i gave it to a friend because he liked it so much so now i own it on cd i must say though that there seemed to be a differnt version of Nathan Jones on the original album i think they put the single version on this one but i think that the album version is more livley and spirital plus other great songs that do not appier on this U.S. version but i hope the english version gets rerelised so that i can enjoy thos great songs again bye for now i hope that i can update this review when i get some more info enjoy yourselves oh yeah and i think that karren left the band after this album was recorded but i wight be wrong