The incredible true story of a small town with a big sound. 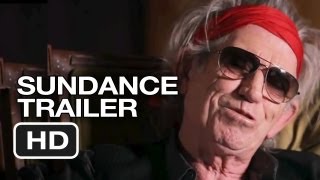 Director Greg "Freddy" Camalier tells the story of Muscle Shoals, AL, home of FAME Studios and its legendary owner Rick Hall -- who helped to make some of the greatest records in rock-and-roll history. Rising up through poverty, Hall sensed that he was onto something big when he opened FAME Studios. He couldn't have been more right, either, because not only is Muscle Shoals one of those sacred locations where music seems to simply blow in the breeze, but the best artists of the era would soon be pounding a path to his door in hopes of recording there. Bob Dylan, the Rolling Stones, Aretha Franklin, Etta James, and Paul Simon recorded some of their very best work at FAME Studios, and now music lovers don't have to book a flight to Muscle Shoals in order to experience this magical, once-in-a-lifetime story for themselves.

Echo in the Canyon
$16.30 Super Savings
Add to Cart

Standing in the Shadows of Motown (2-DVD)
$8.40 Super Savings
Add to Cart

It Might Get Loud
$12.60 Super Savings
Add to Cart