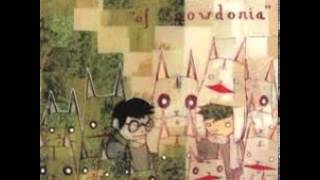 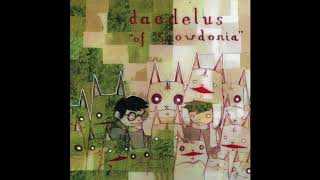 Photographer: Joseph Armario.
Die Cut is only the second proper studio album from Los Angeles turntablist Cut Chemist, whose discography consists of numerous mix albums and live recordings, in addition to a long-term membership in Jurassic 5 as well as work with Talib Kweli, Blackalicious, Mr. Lif, and others. Arriving 12 years after The Audience's Listening, Die Cut's unusually long gestation period was the result of numerous setbacks in Cut Chemist's personal life, such as the deaths of his father and uncle, as well as a monthlong jail sentence over a DUI. He seems re-energized on this wildly eclectic outing, which veers from ethereal electro-folk to carefree throwback jams to adrenaline-spiked paranoia, with several dream sequences and interludes strewn in between. Even compared to The Audience's Listening, Die Cut is more focused on songwriting and production rather than straight-up turntablism. There's a bounty of scratching on display, and tracks like "I Gotta Weapon" pack the sort of dense sample collage work he's always been known for, but there's a greater presence of guitars and electro-shock synths, incorporating influences such as psych-folk, punk, minimal wave, and indie rock. Early on, he teams up with Deantoni Parks, who adds frenetic drumming to the rip-roaring chase scene "Die Cut (Theme)." Even better is its album-concluding reprise, "Die Cut (Wrap)," which features hyper-speed rhyming from Myka 9, sounding like Latyrx being chased by the authorities. More easygoing is the effortlessly fun "Moonlightin' with Biz," featuring Biz Markie doing his thing over a lazy Sunday morning piano loop for two minutes. Laura Darlington adds fragile vocals to two numbers, the best being the breezy yet punchy "Home Away from Home." Most surprising is "Madman," a cold, robotic piece reflecting the producer's love of post-punk and proto-industrial. Not every experiment works; the scattered "You Want It, I Got It" is an awkward stab at new wave dance-pop, and the country lament "Plane Jane" falls flat. Even so, it's obvious that Die Cut is a highly personal effort, reflecting all of Cut Chemist's influences and life experiences. ~ Paul Simpson

Courtney Barnett
Tell Me How You Really Feel
$14.30 Super Savings
Add to Cart

Thievery Corporation
Treasures from the Temple
$12.70
Add to Cart

DJ Shadow
The Mountain Will Fall
$12.70
Add to Cart