The most intense excitement you have ever experienced in this shock-filled story of the incident that rocked an empire! 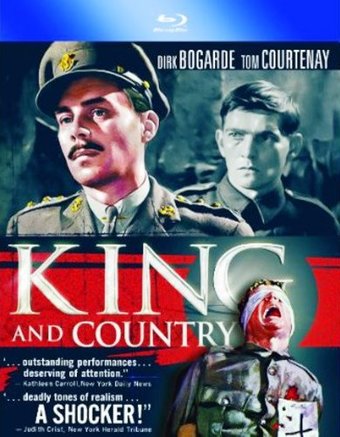 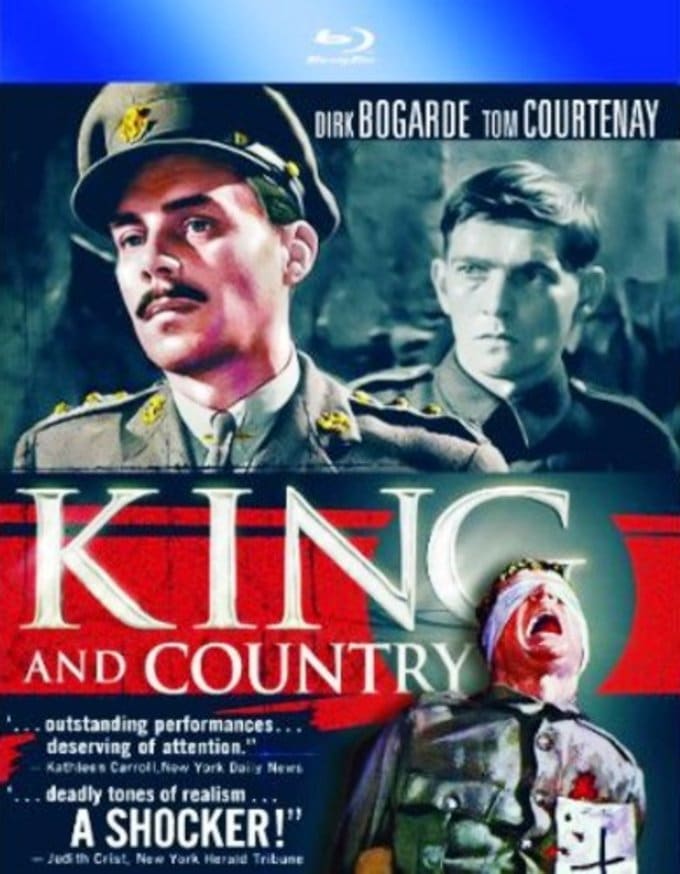 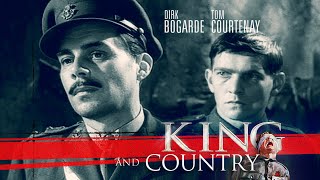 Joseph Losey takes an unadorned look at the realities of World War I trench warfare in his jarring military courtroom drama KING AND COUNTRY. Tom Courtenay stars as Hamp, the muddled, Cockney private who, at his wit's end, deserts his post, attempting to escape the ever-present sound of guns and walk home. Dirk Bogarde is Captain Hargreaves, an aristocratic, no-nonsense British Army lawyer who must defend Hamp before the army tribunal, for whom the crime of desertion carries a nasty stigma and the penalty of execution. The action is confined to the mud-entrenched, rat-infested confines of the barracks, creating a stifling atmosphere, which is only amplified by Losey's masterful scenes exposing the dry cruelty and unnerving boredom of army life. Initially, Hargreaves approaches Hamp's case with disdain; however, upon learning that Hamp volunteered for duty on a dare, that he is the sole survivor of his unit, and that his wife has been unfaithful in his absence, his efforts on Hamp's behalf become more impassioned and earnest. Faced with the unfeeling face of the army bureaucracy, Hargreaves's arguments fall on deaf ears as Hamp becomes a tool of morale boosting on the eave of the troop's dispersal into an impending bloody battle.

An army lawyer must defend a young private charged with desertion during World War I. As the lawyer learns more about what actually happens on the front line, he's compelled to do whatever it takes to spare the boy from the firing squad. KING AND COUNTRY is a powerful fable concerning the evils of war and the nature of duty.

All Quiet on the Western Front (Blu-ray)
$18.20 Super Savings
Add to Cart