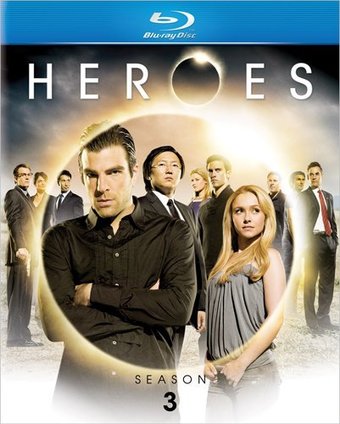 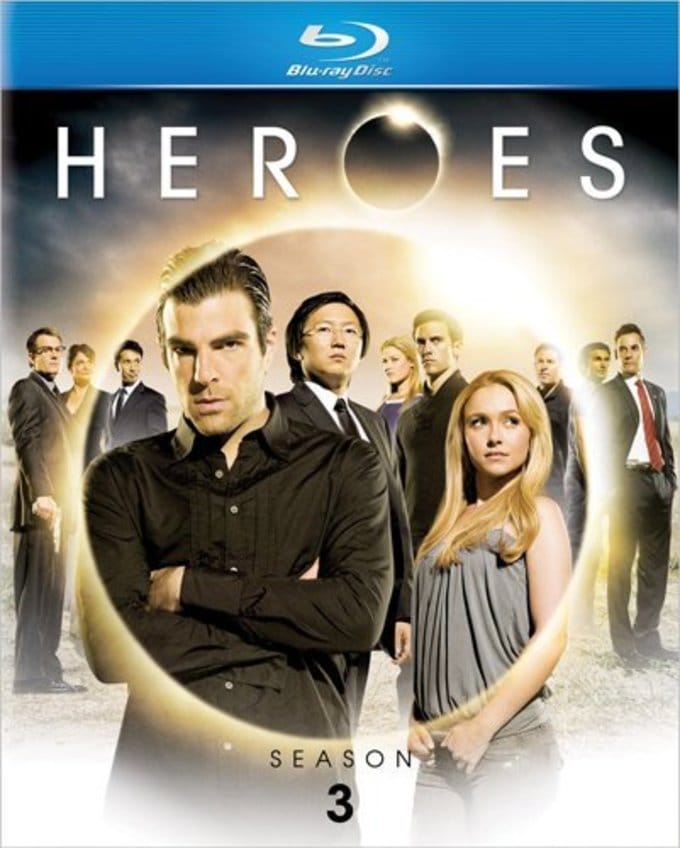 The third volume of the sci-fi saga HEROES opens with an assassination attempt on Nathan Petrelli (Adrian Pasdar), and traces the event's consequences well into the future. Shortly thereafter, the slippery Sylar (Zachary Quinto) accidentally frees a dozen super-criminals who were held by the Company, giving Claire (Hayden Panettiere), Peter (Milo Ventimiglia), Matt (Greg Grunberg), Hiro (Masi Oka), and the other heroes a whole new line-up of powerful evildoers with whom to contend. This action-packed collection includes each of season three's 25 episodes, and features extensive behind-the-scenes features starring the cast, writers, and crew of this NBC hit.

Experience all the explosive action and shocking twists as Heroes: Season 3 comes to Blu-ray™ Hi-Def! Rediscover the phenomenon in this five-disc set that includes all 25 suspenseful episodes from the third season's volumes, Villains and Fugitives. Plus, go behind the scenes with the show's writers, stars and artists as you explore hours of exclusive and revealing bonus features.