Billy Graham Thank You, Billy Graham: A Tribute to the Man and His Message (DVD + CD) 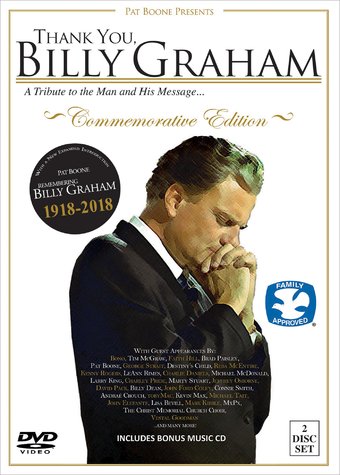 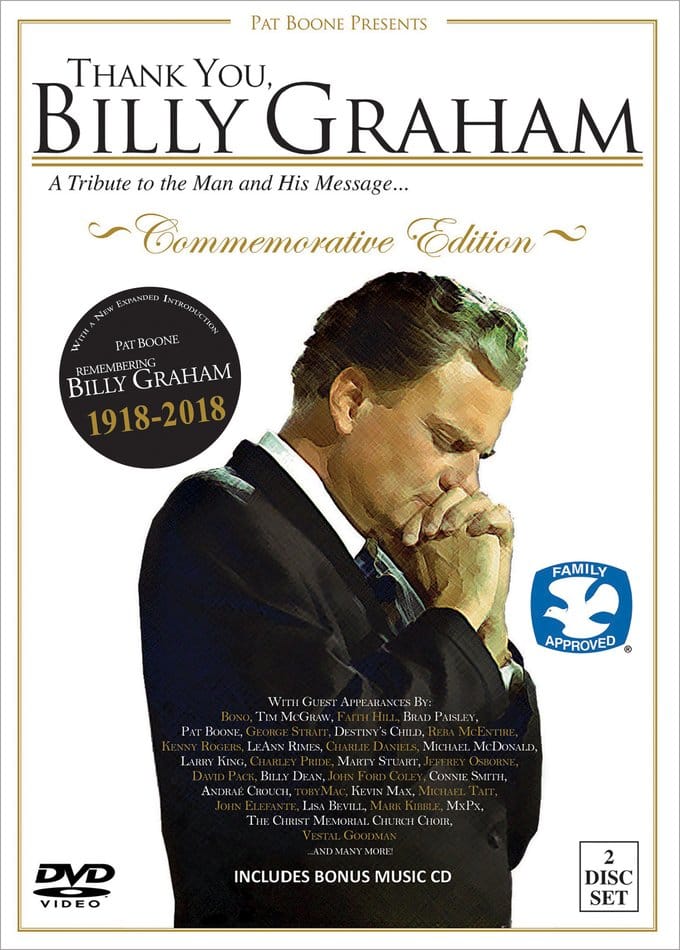 Evangelist Billy Graham preached the Gospel to nearly 215 million people in more than 185 countries and territories. His counsel was sought by presidents and heads of state, and he received numerous awards, including the Congressional Gold Medal.

Now, in this special Commemorative Edition, one-of-a-kind biographical tribute, with a new and expanded introduction by Pat Boone - "Remembering Billy Graham," the world's leading entertainers come together to pay homage to this American hero through personal testimonials and the joining of their voices in a multi-artist, anthemic performance of "Thank You, Billy Graham," written and produced by motion picture actor and recording artist Pat Boone, Grammy-winning Rock artist David Pack (Ambrosia), and Country star Billy Dean.

Special features include hundreds of hours of interviews and in-studio footage condensed into a documentary style, behind-the-scenes look at "The Making Of" this heartfelt tribute to the life and ministry of Reverend Billy Graham.

This tribute to the Southern Baptist preacher features Bono, Faith Hill, Kenny Rogers, and a host of other musical legends who were inspired by his life and teachings.

29%off
Billy Graham
Crusade: The Encore Collection
$4.98 on Sale
Add to Cart