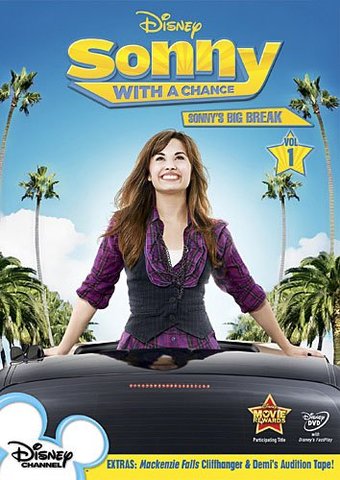 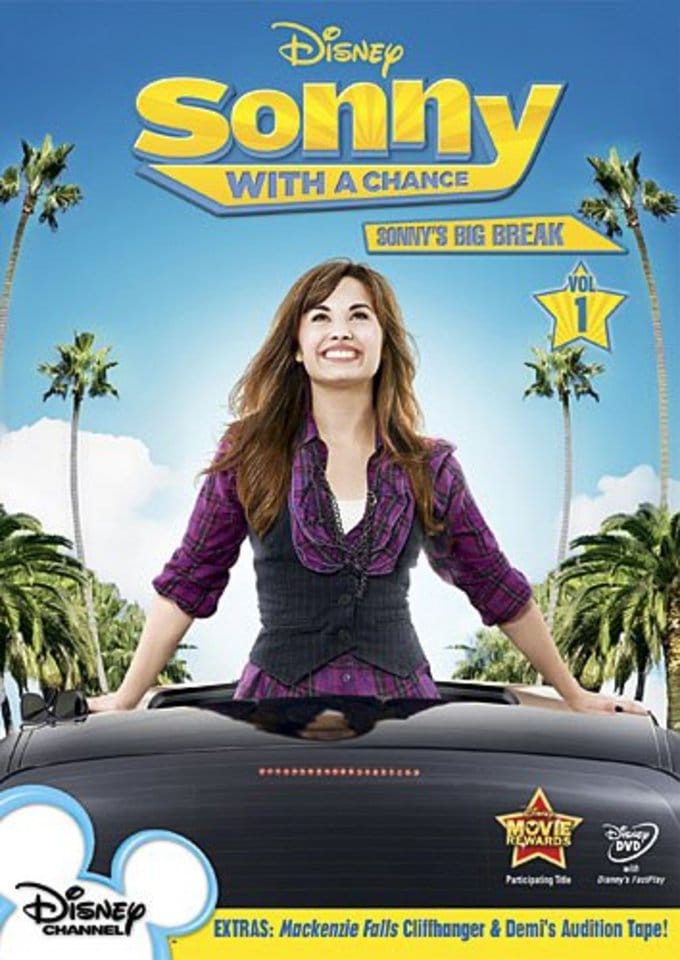 This comedy series for kids and tweens follows the life of Sonny Monroe (Demi Lovato), a girl from Wisconsin who moves to California with her mom when she lands a role in a sketch-comedy TV series called "So Random!" Despite being a self-described "nice girl," life on a TV set turns out to be more complicated than Sonny thought--complete with friendships, rivalries, and even "frenemy" relationships (which fall somewhere in between). This volume introduces the series with four episodes.

Sonny Munroe takes Hollywood by storm in SONNY WITH A CHANCE, the fresh new comedy about a show within a show! In Volume One: SONNY'S BIG BREAK, get to know Sonny from the very beginning with four hilarious episodes that will have the whole family laughing out loud! Plus, enjoy a bonus episode of the show, the MACKENZIE FALLS Season Finale Cliffhanger Short, and Demi's original audition! Demi Lovato (CAMP ROCK, PRINCESS PROTECTION PROGRAM) stars as Sonny, a Midwestern girl who gets her big break when she is invited to join the cast of the hit teen sketch comedy show SO RANDOM! Sonny can't wait to become friends with her castmates, but not everyone is thrilled to share the spotlight, so Sonny must rely on her quick wit, talent and good humor to get her through any challenge. Come along for the ride and share the excitement as Sonny lives her dream!

24%off
Wizards on Deck with Hannah Montana
$4.73 CYBER WEEK
Add to Cart