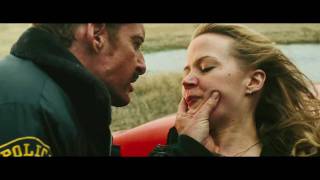 Jennifer Lynch, director of BOXING HELENA and daughter of David Lynch, helms this sci-fi-fueled thriller. Though the Santa Fe desert appears calm, it's the site of a number of gruesome murders. A trio of local police officers has found several witnesses, but soon the investigation belongs to the FBI. In this film starring Julia Ormond and Bill Pullman, nothing is as simple as it might seem.

It's been a hell of a day on the highway.
When Federal Officers Elizabeth Anderson (Julia Ormond) and Sam Hallaway (Bill Pullman) arrive at Captain Billing's office, they have three sets of stories to figure out and a string of vicious murders to consider.
One zealot cop, a strung out junkie and an eight year old girl all sit in testimony to the roadside rampage, but as the Feds begin to expose the fragile little details each witness conceals so carefully with a well practiced lie, they soon discover that uncovering ‘the truth' can come at a very big cost…