She has the best of both worlds... now, she has to choose just one 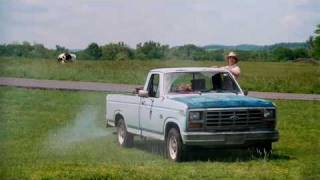 Peter Chelsom (SERENDIPITY, SHALL WE DANCE') directs teen superstar Miley Cyrus in this feature that brings the popular Disney Channel character Hannah Montana to the big screen. With a crazy double life in California as an everyday teen with the secret pop-star persona Hannah Montana, Miley Stewart (Cyrus) has forgotten who she really is. To get her back on track, Miley's dad, Robby Ray Stewart (Miley's real-life father, Billy Ray Cyrus), decides that she needs some time back on the family farm in Tennessee to celebrate Grandma Ruby's (Margo Martindale) birthday. At first, Miley is belligerent, but with the help of Travis (Lucas Till), a former childhood crush who now works for Grandma Ruby as a farmhand, she begins to realize what is really important to her.

Cyrus is famous for her girl-next-door personality, easy smile, and mugging for the camera, which abounds in this film. The coming-of-age tale also delves into the trials and tribulations of growing up and dealing with your first love, which is made all the more complicated by her secret superstar life. Till's Travis is sure to make every teenage girl want her own well-mannered cowboy. Vanessa Williams appears as Miley/Hannah's pushy publicist and Peter Gunn is a sneaky English journalist intent on getting some dirt on Hannah. Jason Earles and Emily Osment reprise their television roles as Miley's brother, Jackson, and her best friend, Lilly. Country music fans will enjoy performances from Taylor Swift, Rascal Flatts, and Billy Ray Cyrus himself. The film also includes 12 new songs from Miley/Hannah.

Get ready to be dazzled by Disney's big-screen smash hit -- HANNAH MONTANA THE MOVIE -- filled with laughs, adventure, family fun and fabulous music! Come along for the ride and see Hannah like never before as she returns to her roots and faces the most important decision of her life! When Miley Stewart (aka pop-star Hannah Montana) gets too caught up in the superstar celebrity lifestyle, her dad decides it's time for a total change of scenery. But sweet niblets! Miley must trade in all the glitz and glamour of Hollywood for some ol' blue jeans on the family farm in Tennessee, and question if she can be both Miley Stewart and Hannah Montana. With a little help from her friends -- and awesome guest stars Taylor Swift, Rascal Flatts and Vanessa Williams -- will she figure out whether to choose Hannah or Miley' HANNAH MONTANA THE MOVIE is a heartfelt major motion picture perfect for the entire family.