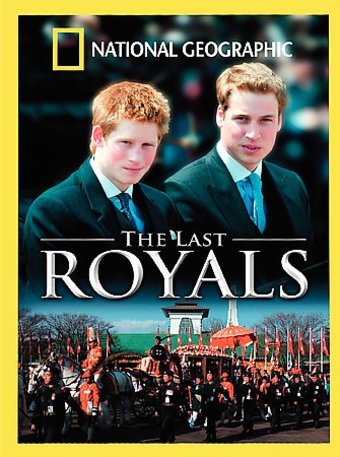 Will the 21st century witness the demise of royalty as we know it' The evidence certainly points in that direction, as this documentary illustrates. The past may have seen royalty across the globe enjoying unprecedented powers, but these have subsided substantially, leading to furious debate as to the purpose they serve. The history and potential futures of four different royal families are discussed at length; the families in question hail from England, Nepal, Buganda, and Tonga. A fascinating glimpse into a fading institution that is both educational and entertaining, THE LAST ROYALS is a welcome addition to the pantheon of material about the royal families of the world.

Just in time for the Royal Wedding - National Geographic takes you inside the palace gates for an unique and intimate look at the remaining monarchies and their relevance in the modern world. In the past, monarchs have ruled almost every culture, but recent history has not been kind to royalty. Democracy and revolution have stripped them of their power and scandals have given rise to debates about their futures. Go inside the palace gates for an intimate look into the lives of today's monarchies and their relevance in today's modern world. Can kings and queens survive the challenges of the 21st century or will this generation become the last royals'The Last Royals weaves together the stories of four royal families, the Queen of England: Queen Elizabeth, King of Nepal: King Gyanendra, King of Buganda: Ronald Muwenda Mutebi II and King of Tonga: Taufa'ahau Tupou IV. The film also includes interviews with King Gyanendra, King of Tonga: Taufa'ahau Tupou IV, Prince Michael of Greece, T.R. Reid, and others.

79%off
National Geographic - Into The Great Pyramid (DVD)
$5.98 Super Savings
Add to Cart