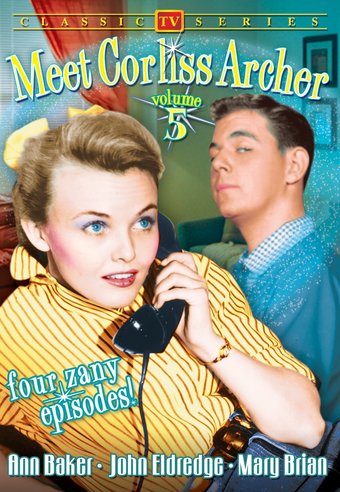 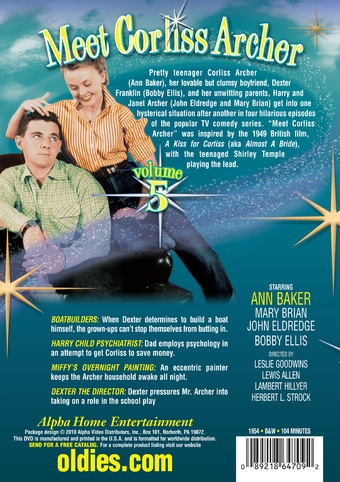 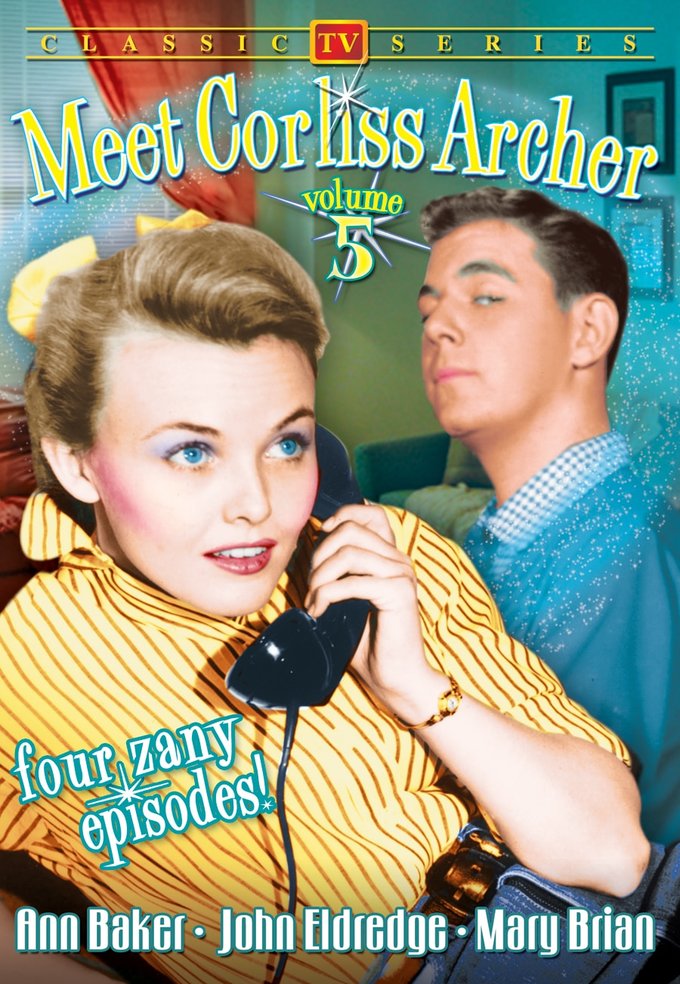 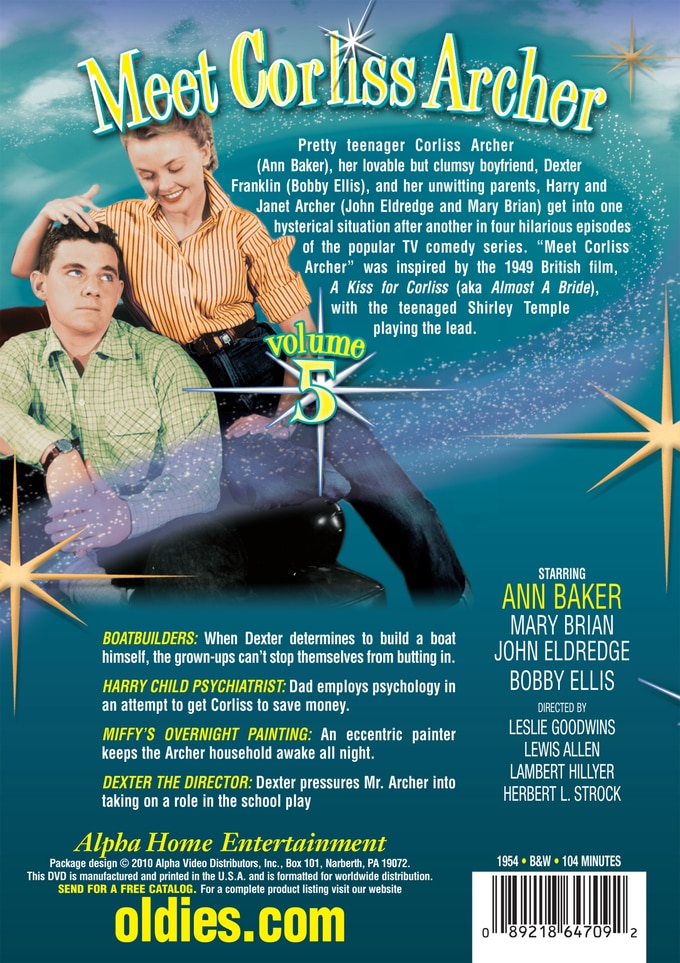 Boatbuilders:When Dexter determines to build a boat himself, the grown-ups can't stop themselves from butting in.

Harry Child Psychiatrist:Dad employs psychology in an attempt to get Corliss to save money.

Dexter The Director:Dexter pressures Mr. Archer into taking on a role in the school play

Originally broadcast live on CBS from mid-July 1951 through late March 1952, the popular situation comedy MEET CORLISS ARCHER followed the adventures of the title character, an energetic high school girl growing up with her parents, Harry and Janet, and her boyfriend, Dexter Franklin, in early '50s Middle America. This set contains four episodes from the series: BOATBUILDERS, where Dexter sets out to build a boat but adults keep interfering; HARRY, CHILD PSYCHIATRIST, where dad uses pop psychology to try to get Corliss to save more and spend less; MIFFY'S OVERNIGHT PAINTING, where a flaky painter keeps the Archer household awake all night; and DEXTER THE DIRECTOR, where Dexter convinces Harry to take a role in the local school play.


Your product description is slightly misleading. The first TV version of the popular radio program was on CBS in 1951-52 and broadcast live. That program had an entirely different starring cast except for Bobby Ellis who played Dexter Franklin, Corliss' boyfriend. Lugene Sanders, who went on to fame as Chester Riley's daughter in The Life of Riley, took the role of Corliss. To the best of my knowledge, none of those programs survive. This is a syndicated series originally shown in 1954-55. Regardless, the series was humorous. One of the highlights of V.5 is housepainter Miffy trying deal with the Franklins who vacillate on their choice of colors for the rooms of their home. (Inside joke: Corliss, a chocoholic, aways suggest cocoa for the color of every room.) Another highlight is the luscious Lucy Peter's attempt to seduce director Dexter Franklin into being unfaithful to Corliss. No, she doesn't want his body: she wants the leading role he promised to Corliss.