Four hilarious episodes of the long-running family sit-com, including the very first episode. 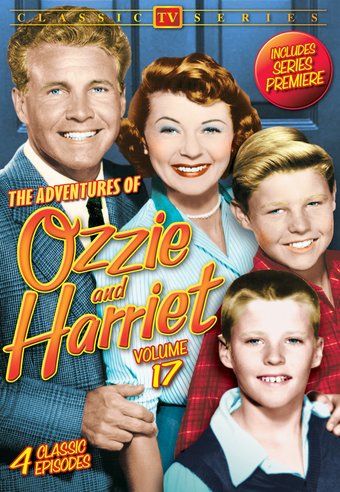 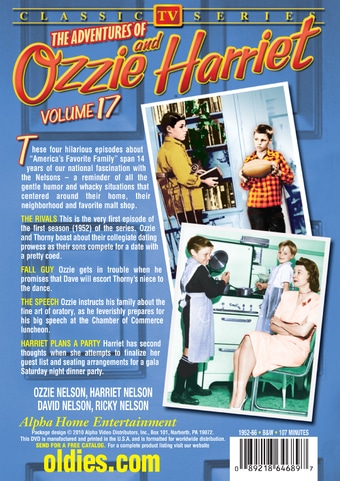 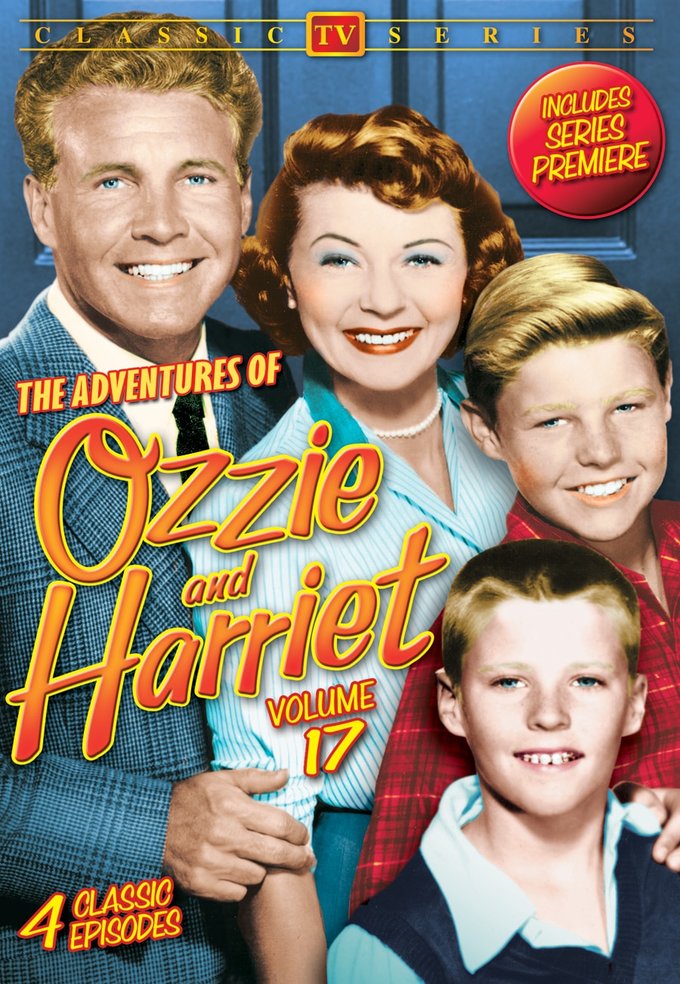 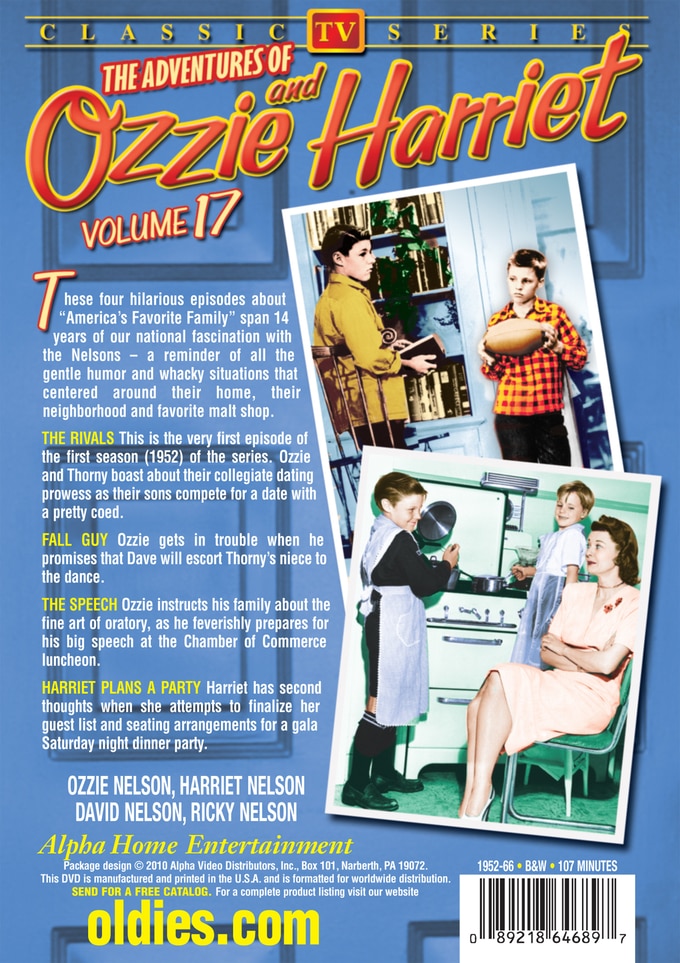 The Rivals: This is the very first episode of the first season (1952) of the series. Ozzie and Thorny boast about their collegiate dating prowess as their sons compete for a date with a pretty coed.

Fall Guy: Ozzie gets in trouble when he promises that Dave will escort Thorny's niece to the dance.

The Speech: Ozzie instructs his family about the fine art of oratory, as he feverishly prepares for his big speech at the Chamber of Commerce luncheon.

Boxing Matches: Harriet has second thoughts when she attempts to finalize her guest list and seating arrangements for a gala Saturday night dinner party.