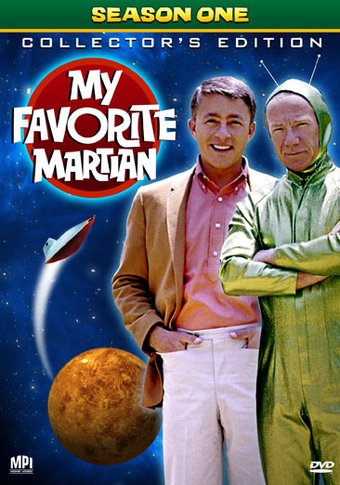 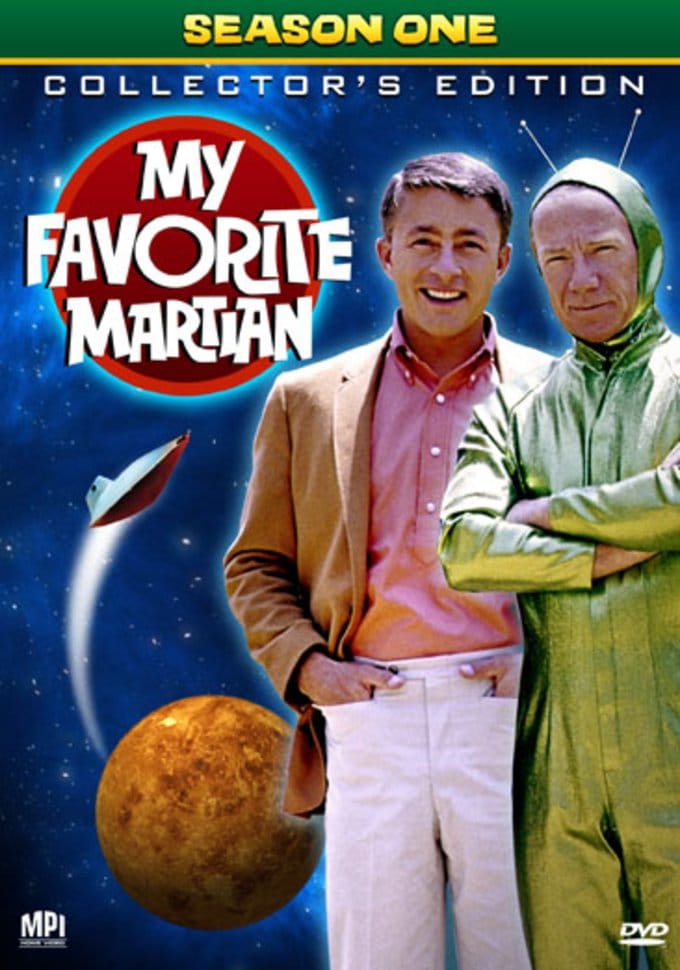 MY FAVORITE MARTIAN aired from 1963 to 1966, becoming one of the first in a long line of situation comedies that adopt fantastical premises. The story centered around Tim O'Hara, a bachelor news reporter for the Los Angeles Sun, who stumbles one night across a crashed spacecraft, and befriends its occupant. Tim decides to take the Martian home and pass him off as his Uncle Martin, giving rises to a series of comedic near-misses where Martin's true identity is almost discovered. Most bothersome is Tim's next door neighbor Loralee, a meddling woman who is constantly intruding on her neighbors' affairs. Although Martin looks human and speaks English, he has a number of tricks up his sleeve that include telepathy, the ability to make himself invisible, and a troublesome antenna that sometimes emerges from the top of his head, all of which threaten to give him away at any time. In the first season, Martin becomes acquainted with earthly events that are foreign on Mars, such as love, lightning storms, toothaches, and the common cold, with some rather unexpected results. Meanwhile, Tim has to deal with inquisitive visitors, including a cousin who knows quite well he has no Uncle Martin, while also experimenting with telepathy himself, and using Martin's powers to further his career.