Get email alerts for Shakira
243 ratings
Out of Print: Future availability is unknown
Notify Me When Available
Add to Wishlist
Format:  CD
item number:  ZSSP 98592
Our customers love us! 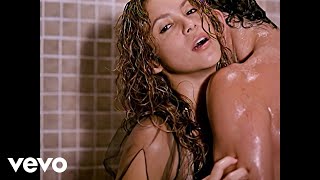 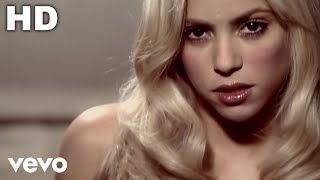 Personnel: Shakira (background vocals).
Recording information: Air Studios, London, England; Church Of The Ephiphany, Miami, FL; Fantasy Studios, San Francisco, CA; Hit Factory Criteria, Miami, FL; Ike's Garage, Miami, FL; La Marimonda, Nassau, Bahamas; Olympic Studios, London, England; Platinum Recording Studio, New York, NY; Skyline Studios, New York, NY; Sonido Azulado, Bogota, Colombia; Supersonic Studios, Miami, FL; The Warehouse, Vancouver, BC; Unisono, Buenos Aires, Argentina.
Photographer: Jaume DeLaiguana.
Colombian pop superstar Shakira has accomplished two remarkable commercial feats thus far in her career: she has crossed over almost completely from the Latin pop market, and she has managed to cross-reference a vast array of pop styles that go well beyond mere south-of-the-border divides. On ORAL FIXATION VOL. 2, her fourth album since her 1998 breakthrough DONDE ESTAN LOS LADRONES?, Shakira once again fearlessly mixes angst-ridden alt-rock with touches of melodic singer-songwriter soul-baring and dance pop so infectious it's hard not to imagine the singer shimmying along in the studio.
While 2001's LAUNDRY SERVICE featured English-language vocals for the first time, ORAL FIXATION VOL. 2 is sung entirely in English (VOL. 1 is the Spanish-language version). Some might cry sell-out, but that's a tough rap to make stick when it's clear that Shakira, who is considerably more of an individual than most pop divas, genuinely wants her music to speak to as broad an audience of music lovers as possible. Tracks like "Animal City" and "Costume Makes the Clown" are fierce, contemporary pop-rockers, while "Your Embrace" and "Illegal" (featuring the ubiquitous Carlos Santana) are confessional, acoustic pop numbers that wouldn't feel out of place on a Meredith Brooks album. "Timor" is not only a reminder that Shakira is never far from the dance floor, it also features the best groove of any protest song since "Beds Are Burning." Some might wonder about the absence of certain Latin pop influences, but with almost all writing and production credits going to Shakira, it's clear that this is her party and she's in charge of the music.

Luther Vandross
The Night I Fell in Love (CD)
$6.97 on Sale
Add to Cart