The Life and Times of Frida Kahlo 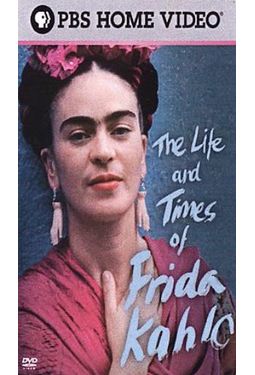 This enlightening biopic uses the life and work of Frida Kahlo, one of Mexico's most legendary painters and an enduring feminist icon, to illuminate the Mexican Renaissance of the 1920s and 30s, as well as the political upheaval of the period. Intimately portraying the artist's personal experiences of pain and suffering, from her early polio affliction to the bus accident that injured her for life, Frida's strength and creativity ultimately prevail. She proceeded to develop an entirely innovative, self-expressive painting style, and became a leading figure in the burgeoning Communist movement. Her relationship with the artist Diego Rivera is shown to have been fraught with conflict, as each valued independence while remaining devoted to the other. Frida's career blossomed, leading to international success and a brief affiliation with the Surrealists. She also had affairs with both women and men--including an exiled Leon Trotsky--before her health problems deteriorated beyond recovery. This moving depiction of a larger-than-life persona delves into history, with an eye for the personal, political, and cultural tides that shaped and defined Mexico during that era.

21%off
Louise Bourgeois: The Spider, The Mistress and The Tangerine
$23.80 Super Savings
Add to Cart

55%off
Bloodsucking Cinema: The Origin and Evolution of the...
$4.48 Super Savings
Add to Cart