PBS - Empire of the Air: The Men Who Made Radio 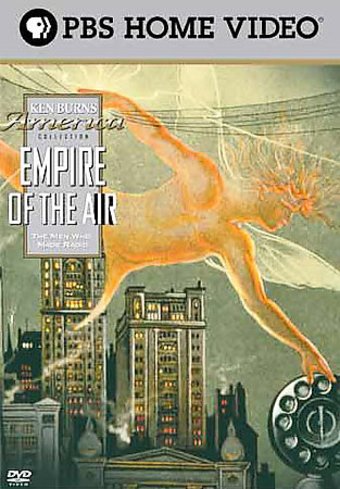 Award winning producer Ken Burns examines the forces at work behind one of the greatest inventions of the early twentieth century - radio. Narrated by Jason Robards, this program traces an intriguing story of three men of genius, vision, determination and complexity - Lee de Forest, David Sarnoff and Edwin Howard Robinson.

A fascinating documentary by Ken Burns, the filmmaker who brought us both "The Civil War" and "Baseball."
This time, Burns turns his attention to the lives of three radio pioneers: Lee de Forest, Edwin Howard Armstrong and David Sarnoff. Through a combination of still photographs, newsreel footage, kinescopes and live-action film, "Empire of the Air" shows the important role each man played in bringing the medium to the world.
The documentary begins its journey in 1910 and follows the three men through World War II, when radio began playing an ever-increasing role in the lives of Americans.
In the process, the film shows the relationship that developed between the three subjects. Eventually, jealousy and fighting flared up -- some of it in courtrooms -- as the uncompromising inventor Armstrong went up against both de Forest and Sarnoff to gain credit for the technical advances he had made in the medium.