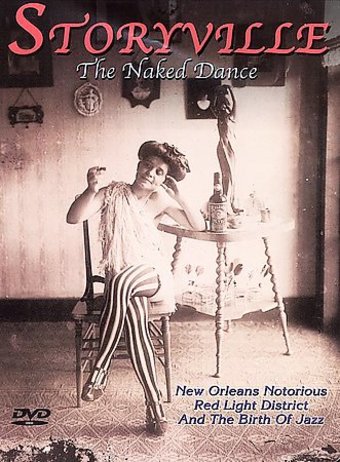 Storyville, the infamous legal red-light district that operated in New Orleans from 1898 until WWI, is the source of many legends that have gone unexplored, as few have endeavored to tell its story. This documentary recounts the amazing district's history and heyday, when 2000 prostitutes were employed on 16 square blocks in the center of the business district. A singularity in American history, the district's story is recounted through photographs of the prostitutes who worked there (taken by the period photographer E.J. Bellocq), as well as turn-of-the-century erotica, both of which help to illuminate the mood of the time. Additionally, the film looks at the genesis of jazz in New Orleans at the same time and the effect Storyville had on its development and vice versa. An amazing document of a period that many would prefer to forget, STORYVILLE brilliantly illuminates one of the most hedonistic and extravagant places in American history.