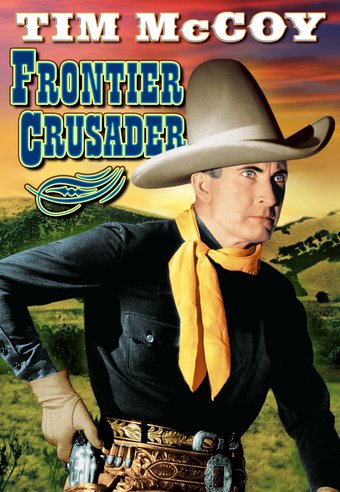 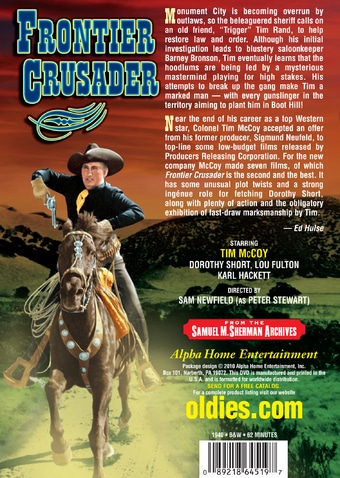 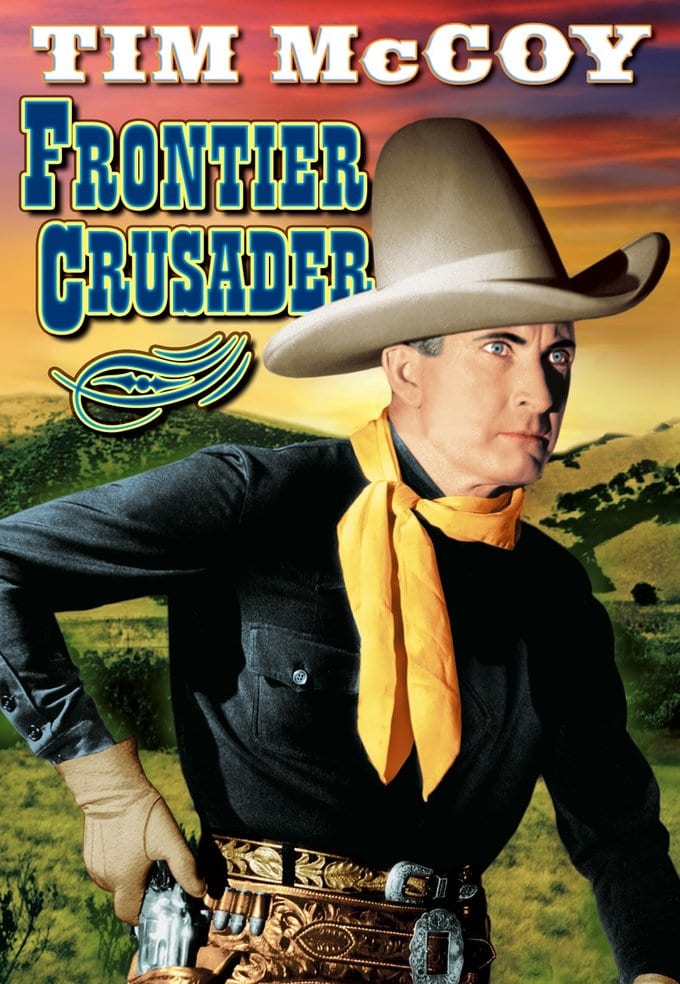 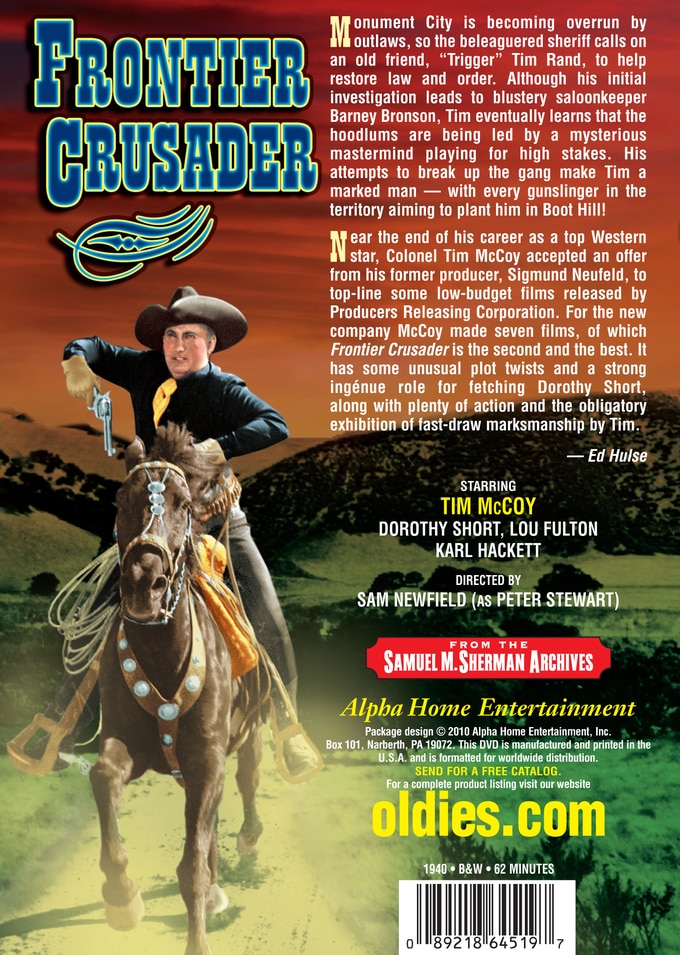 Monument City is becoming overrun by outlaws, so the beleaguered sheriff calls on an old friend, "Trigger" Tim Rand, to help restore law and order. Although his initial investigation leads to blustery saloonkeeper Barney Bronson, Tim eventually learns that the hoodlums are being led by a mysterious mastermind playing for high stakes. His attempts to break up the gang make Tim a marked man - with every gunslinger in the territory aiming to plant him in Boot Hill!

Near the end of his career as a top Western star, Colonel Tim McCoy accepted an offer from his former producer, Sigmund Neufeld, to top-line some low-budget films released by Producers Releasing Corporation. For the new company McCoy made seven films, of which Frontier Crusade is the second and the best. It has some unusual plot twists and a strong ingenue role for fetching Dorothy Short, along with plenty of action and the obligatory exhibition of fast-draw marksmanship by Tim. - Ed Hulse

FRONTIER CRUSADER was Tim McCoy's first western vehicle for the newly-formed Producers Releasing Corporation (PRC). The star plays Trigger Jim Rand, an itinerant peacekeeper who springs into action when a gang of thieves steals the payroll money from a local mining company. The theft was actually a subterfuge, to throw the miners off the trail so that the outlaws can plunder a heretofore unknown vein of gold ore. A subplot concerns a travelling show troupe, headed by high-kicking dancer Jenny Mason (Dorothy Short). Neither Jenny nor "Trigger Jim" benefit from the film's substandard cinematography, a trademark of sorts of the PRC output. Despite the murky camerawork, however, FRONTER CRUSADER delivers the goods action-wise.

Action | Cowboys | Outlaws | Weapons
This product is made-on-demand by the manufacturer using DVD-R recordable media. Almost all DVD players can play DVD-Rs (except for some older models made before 2000) - please consult your owner's manual for formats compatible with your player. These DVD-Rs may not play on all computers or DVD player/recorders. To address this, the manufacturer recommends viewing this product on a DVD player that does not have recording capability.