In an ordinary place, he found the one person to make his life extraordinary.

164K ratings
Currently Out of Stock: We'll get more as soon as possible
Notify Me When Available
Add to Wishlist
Format:  DVD
item number:  XMLCR 53407D
Also released as:
Finding Forrester (Blu-ray) for $24.60
92% recommend us! 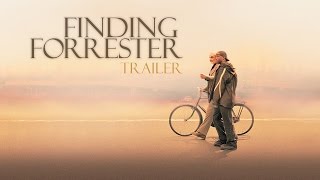 In an ordinary place, he found the one person to make his life extraordinary. Academy Award-winner Sean Connery (1987, The Untouchables) stars in this powerful and unforgettable drama from acclaimed director Gus Van Sant (Good Will Hunting, Milk). With a strong cast including Academy Award-winners F. Murray Abraham (1984, Amadeus) and Anna Paquin (1993 The Piano), the film also features rap music superstar Busta Rhymes (Shaft) and an incredible performance from talented newcomer Rob Brown. Jamal Wallace (Brown) is a talented 16-year-old basketball player in New York City whose secret passion is writing. William Forrester (Connery) is a reclusive Pulitzer Prize-winning novelist who never gave the world a second novel. After an accidental meeting, Forrester becomes Jamal's unlikely mentor, providing guidance to help develop the young man's exceptional skills. Soon, Forrester's harsh view of the world begins to change as both men learn lessons from each other about life - and the importance of friendship.

Director Gus Van Sant brings to the screen this moving story of a grizzled recluse and an inner-city teenager brought together by their shared passion for writing. Like Van Sant's Oscar-nominated GOOD WILL HUNTING, FINDING FORRESTER earnestly explores the struggles of a youthful genius whose position in society (underprivileged kid from the wrong side of the tracks) makes him seem destined for failure until he forms a relationship with a gifted but introverted mentor who helps him see the light.The youthful genius is a talented urban basketball player named Jamal Wallace (Rob Brown), who in his spare time reads everything he can get his hands on, secretly scribbling prose and poetry into a composition pad. The introverted mentor is William Forrester (Sean Connery), who took the literary world by storm with his debut novel, AVALON RISING, 50 years earlier but now spends whole days shut inside his Bronx apartment looking out the window onto a basketball court where Jamal hangs out. Buoyed by excellent performances from Connery and newcomer Brown, FINDING FORRESTER paints a compelling, alluring portrait of friendship while offering intriguing insights into the heart and soul of the dedicated writer.