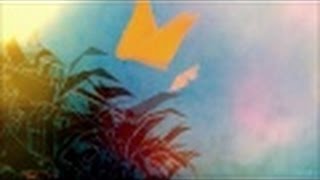 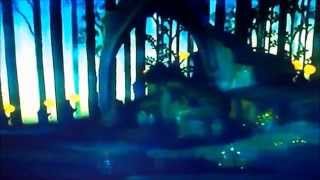 Rolling Stone
4 stars out of 5 -- "[I]t demands deep listening, as Yorke's melancholic voice echoes through the hall of synth-mirrors he's built with producer Nigel Godrich."
Pitchfork (Website) - "On TOMORROW'S MODERN BOXES, the line between man and machine has blurred to the point of disappearing, with Yorke's vocals blending seamlessly with glitchy textures and stuttering beats."
Clash (Magazine) - "TOMORROW'S MODERN BOXES is grim urban soul, an underworld of alienated falsetto, glum swells and egg carton-covered percussion. At times it's sketchy and frail, at others decidedly defiant."

Like Radiohead's In Rainbows before it, Thom Yorke's Tomorrow's Modern Boxes initially made waves not for its music but for its distribution. Announced without warning and available as a paid "bundle" via BitTorrent -- it was not the first record distributed that way but it certainly was the most prominent -- Tomorrow's Modern Boxes shared the same shock of the new as In Rainbows, and although it's certainly written on a smaller scale than that 2007 record, it occupies a similar space within Yorke's extracurricular discography. In Rainbows represented an emotional thaw after the chilly, amorphous Hail to the Thief, whereas Tomorrow's Modern Boxes warms up the icy exteriors of Eraser. Yorke never attempts to abandon his fixation on pre-EDM electronica -- at this point, his affection for turn-of-the-millennium intelligent dance music could almost qualify as classicist -- but there's a scuffed warmth to much of this album, with the warped waves of keyboards gently gliding into a rhythm later articulated by a loop. Such aural sleights of hand never call attention to themselves but neither does the album as a whole. Tomorrow's Modern Boxes is deliberately underwhelming, an old-fashioned grower that doesn't startle upon first listen but rather slowly unfolds. Even then, the album is stubbornly subtle, with Yorke exploring the space between gaps, not the chasm itself. Less charitable listeners could call it mood music and they wouldn't be wrong, because Yorke and producer Nigel Godrich are so controlled, they offer variations of a theme instead of a wide palette. This is not dissimilar to Eraser, but instead of wallowing in alienation, Yorke has found comfort within it on Tomorrow's Modern Boxes and the difference is palpable. ~ Stephen Thomas Erlewine