Johnny Cash Get Rhythm / Story Songs of Trains And Rivers 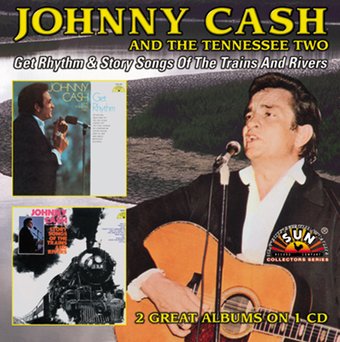 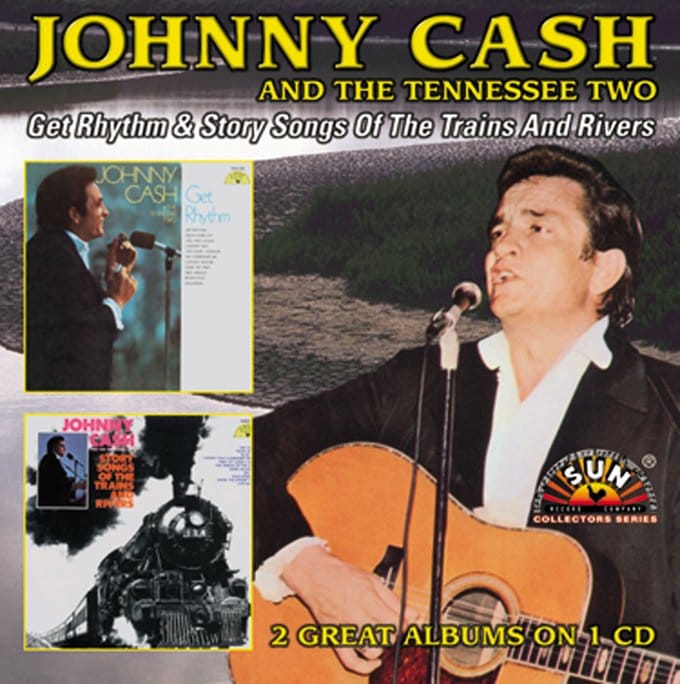 2 LPs on 1 CD: GET RHYTHM (1969)/STORY SONGS OF TRAIN & RIVERS (1969).
GET RHYTHM originally released on Sun (105). STORY SONGS OF TRAIN & RIVERS originally released on Sun (104). Includes liner notes by Mark Marymount.
In conjunction with reissue specialists Collectables, Sun Records reissued a pair of original Johnny Cash Sun albums on a single CD. Backed by his famed Tennessee Two, Cash made country and rockabilly history on Sun in the '50s. With his lean, angular sound and hearty baritone voice full of passion and commitment, he forged one of the most unique styles in all of country music.
The first album featured, GET RHYTHM, finds Cash covering heartbreak classics written by other country stars (Hank Williams' "You Win Again" and Don Gibson's "Oh Lonesome Me"). His own distinctive songwriting style is represented by such tunes as the black-humored "Two Timin' Woman" and the highly literate biblical tale "Belshazzar" (whose title is misspelled as "Belshazah" here). The TRAINS AND RIVERS album makes good use of Cash's patented train-like "boom-chicka" beat, as he weaves varied tales of love and life around the central theme of train and boat travel. From the Leadbelly classic "Rock Island Line" (incorrectly credited to Cash here) to the lost-love lament "Big River," Cash makes the most of the concept.