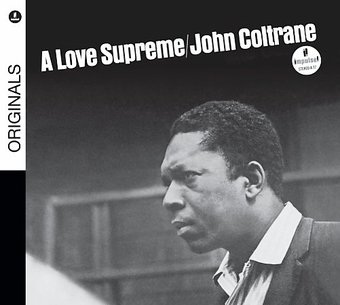 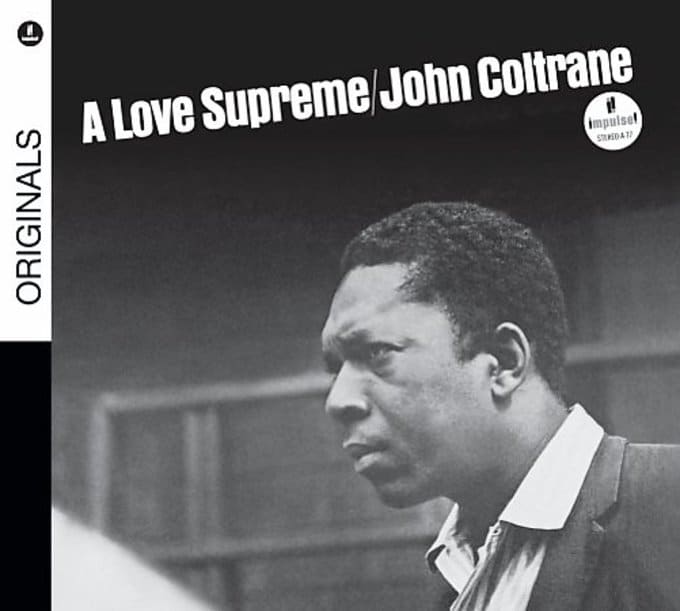 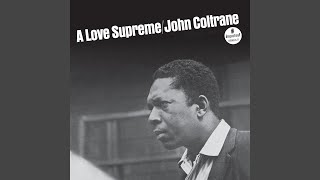 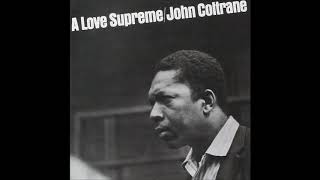 Personnel: John Coltrane (tenor saxophone); McCoy Tyner (piano); Jimmy Garrison (acoustic bass); Elvin Jones (drums).
Producer: Bob Thiele.
Reissue producer: Michael Cuscuna.
Recorded at the Van Gelder Studio, Englewood Cliffs, New Jersey on December 9, 1964. Includes liner notes by John Coltrane and Michael Cuscuna.
Digitally remastered using 20-bit technology by Erick Labson.
Personnel: John Coltrane (vocals, tenor saxophone); Archie Shepp (tenor saxophone); McCoy Tyner (piano); Jimmy Garrison, Art Davis (bass); Elvin Jones (drums).
Recorded at Van Gelder Studios, Englewood Cliffs, New Jersey and The Festival Mondial Du Jazz Antibes, Juan-Les-Pins, France between December 1964 & July 1965. Includes liner notes by John Coltrane, Ashley Kahn, Ravi Coltrane.
All tracks have been digitally remastered.
A LOVE SUPREME is the essential example of the genius of John Coltrane. In what has become the apotheosis of jazz music, this eminently accessible work bridges the gap between music and spirituality, between art and life. With the ultimate incarnation of the jazz quartet, Coltrane brings together all of his turbulent elements into a cohesive paean to spirituality, one which is fully appreciable by the uninitiated.
A LOVE SUPREME is a 33-minute work divided into four movements. "Acknowledgment" starts the album with a heraldic summoning from Coltrane's tenor saxophone, full and joyous, which approximates the tone of the prayer he provides in the album's liner notes. The solo that follows reveals an artist whose spiritual depth and emotional urgency are matched by an adherence to logic and a resolve to achieve one goal above all--communication. Each simple musical statement is either followed by a motivic development or countered with a conversational response. Coltrane climaxes with a distilled four-note motif echoing the album's title, which he plays with by sequencing it through a wide array of tonalities. Finally, the band comes in, reiterating this idea, chanting the mantra "A Love Supreme."
"Acknowledgment" is followed by the torrential release of "Resolution," whose melody Coltrane fervently states to the animated accompaniment of his superb rhythm section. Laying the groundwork is drummer Elvin Jones, who approximates the effect of multiple percussionists feeding off of each other, creating an enormous texture of rhythm. McCoy Tyner's colorful piano clusters act as gusts of wind supporting Trane's soaring expressions. Bassist Jimmy Garrision takes the low road, keeping everyone on track. With support like this, Coltrane is free to explore the uncharted depths of his soul. On "Resolution," we can hear the very fabric of Trane's voice being stretched to the limit, as if even the horn which he has mastered is not a worthy enough vehicle for this man's spirit.
The rousing "Pursuance" features some vigorously swinging playing from Tyner, furiously followed by Coltrane's climaxes in an inspired hurling of ideas. Bassist Garrison brings us to A LOVE SUPREME's conclusion, an extended "Psalm" that acts as a resolved denouement in which Trane slowly muses over a lush bed of tranquil sounds--almost as if he were reflecting upon the wisdom achieved at this apex of his spiritual journey. Although the music is slowed, the level of intensity is maintained, as if we've reached a plateau upon which we may ponder what is pronounced in the liner notes, "Elation--Elegance--Exaltation--All from God." Via John Coltrane.