The Melody Master: The Life Of Franz Schubert (aka "New Wine" and "The Great Awakening") 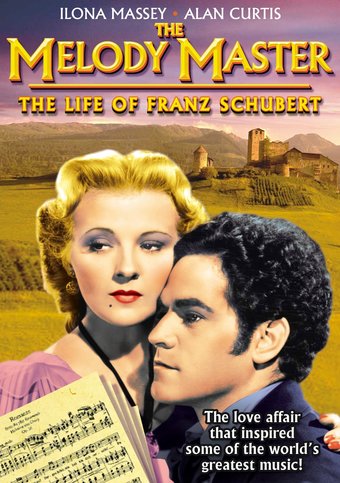 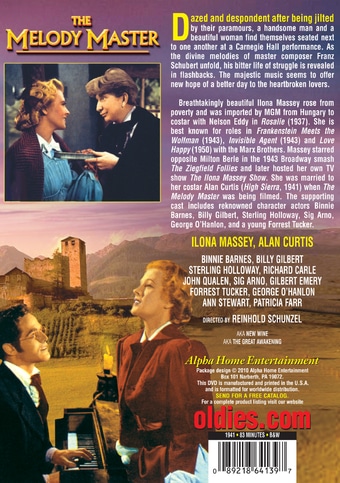 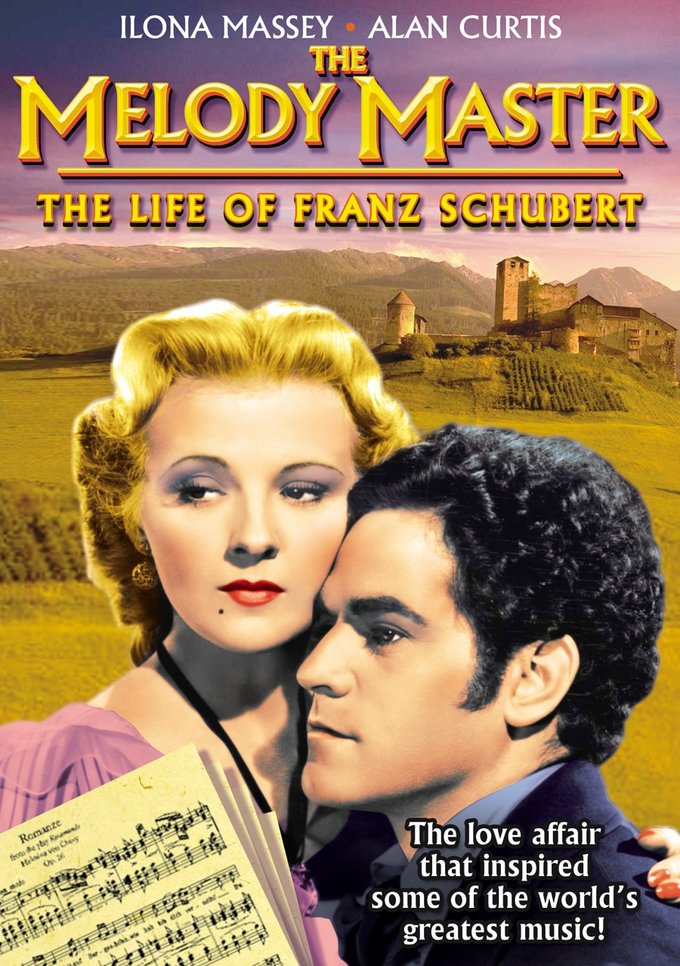 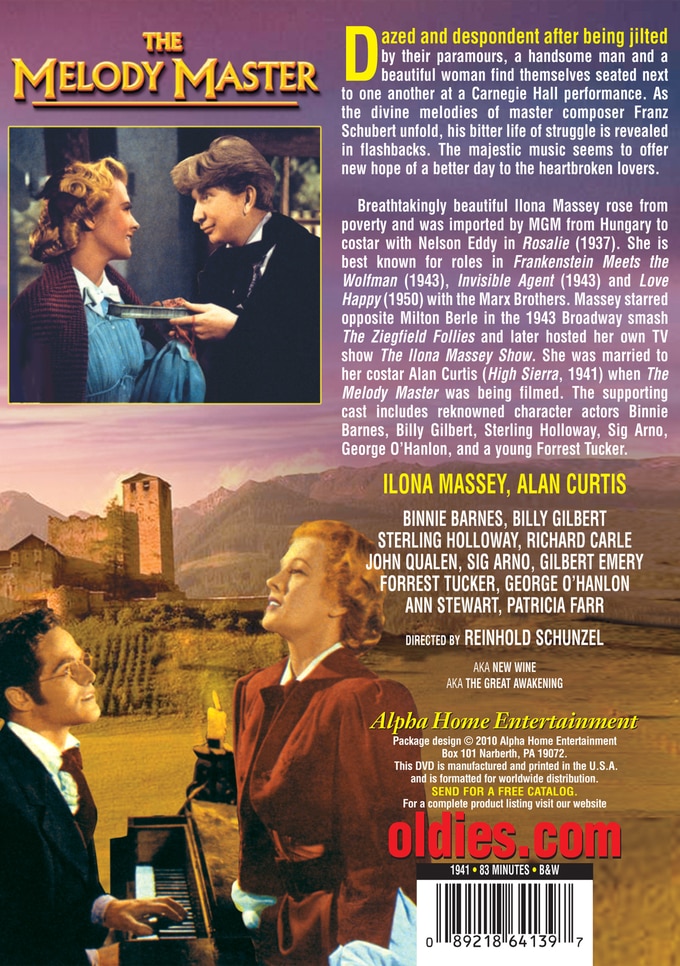 Dazed and despondent after being jilted by their paramours, a handsome man and a beautiful woman find themselves seated next to one another at a Carnegie Hall performance. As the divine melodies of master composer Franz Schubert unfold, his bitter life of struggle is revealed in flashbacks. The majestic music seems to offer new hope of a better day to the heartbroken lovers.

Breathtakingly beautiful Ilona Massey rose from poverty and was imported by MGM from Hungary to costar with Nelson Eddy in Rosalie (1937). She is best known for roles in Frankenstein Meets the Wolf Man (1943), Invisible Agent (1943) and Love Happy (1950) with the Marx Brothers. Massey starred opposite Milton Berle in the 1943 Broadway smash The Ziegfield Follies and later hosted her own TV show "The Ilona Massey Show." She was married to her costar Alan Curtis (High Sierra, 1941) when The Melody Master was being filmed. The supporting cast includes reknowned character actors Binnie Barnes, Billy Gilbert, Sterling Holloway, Sig Arno, George O'Hanlon, and a young Forrest Tucker.

Also released as THE GREAT AWAKENING, NEW WINE purports to recreate an incident in the life of Austrian composer Franz Schubert. Though the real-life Schubert was chubby and homely, he is played on screen by the slim-and-handsome Alan Curtis. Unable to convince the world of his talent, Schubert is on the verge of starvation when he is rescued by a gorgeous patron: Countess Anna, portrayed by Curtis' then-wife Ilona Massey. In the film's most memorable scene, Ludwig Van Beethoven (Albert Basserman) advises Schubert to finish that Unfinished Symphony. It's that kind of picture. At least NEW WINE is full of glorious music, written by Schubert and his contemporaries and only slightly Hollywoodized in the arrangements.

Music | Biographical
This product is made-on-demand by the manufacturer using DVD-R recordable media. Almost all DVD players can play DVD-Rs (except for some older models made before 2000) - please consult your owner's manual for formats compatible with your player. These DVD-Rs may not play on all computers or DVD player/recorders. To address this, the manufacturer recommends viewing this product on a DVD player that does not have recording capability.