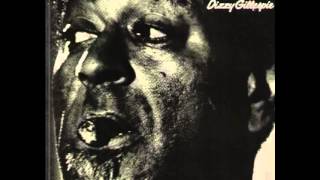 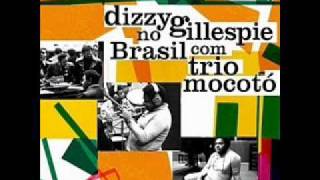 Personnel: Dizzy Gillespie, Roger Glenn, Al Gafa, Michael Howell, Earl May, Mickey Roker, Paulinho Da Costa.
Recorded on November 20, 1975.
Personnel: Dizzy Gillespie (trumpet); Michael Howell, Alexander Gafa (guitar); Roger Glenn (flute, bass flute, vibraphone); Mickey Roker (drums); Paulinho Da Costa (percussion).
Audio Mixer: Angel Balestier.
Audio Remasterer: Phil DeLancie.
Liner Note Author: Bob Blumenthal.
Recording information: TTG Studios, Hollywood, CA (11/19/1975/11/20/1975).
Photographer: Phil Stern.
One of the rare jazz two-record sets that's actually a worthwhile expenditure of vinyl and time, 1975's Bahiana is one of Dizzy Gillespie's finest albums of the decade. In the '40s, Gillespie had been one of the first U.S. bandleaders to take an active interest in Latin jazz, but his interest in the music had been intermittent in the intervening decades; Bahiana (named for the Brazilian state of Bahia) was his first all-Brazilian album in over a decade. It's a goodie, though. By the mid-'70s, interest in the original wave of bossa nova had largely died out, replaced on the one side by the tropicalia movement and on the other by the fusiony disco-pop of Airto Moreira and Deodato. Bahiana's richly expansive tunes -- not one under seven and a half minutes, and even the three ten-plus minute entries deserving every second -- are built on pure carnival rhythms, like the percolating, self-explanatory "Samba." Guitarist Alexander Gafa contributes half of the eight tunes, but the highlights are Gillespie's own festive "Carnival" and the hypnotic "Olinga," which sounds like Antonio Carlos Jobim sitting in on rehearsals for Kind of Blue. Those wanting to explore Dizzy Gillespie's Latin side should start here. ~ Stewart Mason