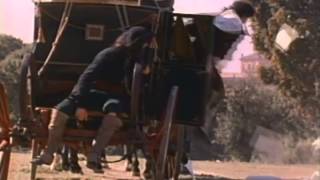 The life story of Carlo Broschi, who at age seven had surgery to become a castrato to preserve his sweet voice. He went on to become one of the most celebrated opera singers of the 18th century, taking on the name Farinelli. As his fame grows, tension builds with his less talented brother Riccardo. Golden Globe Winner, Best Foreign Film.