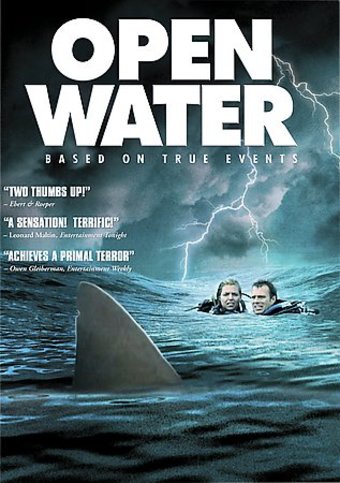 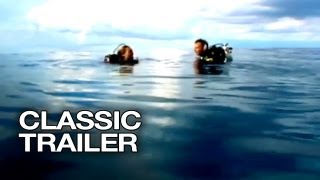 Proving that the power of imagination is much more terrifying than what meets the eye, OPEN WATER is Chris Kentis's intensely realistic deep-sea drama, "based on true events." The film's leering digital video camera allows viewers to float like shark-bait, stranded in the middle of the ocean with Susan and Daniel (Blanchard Ryan and Daniel Travis), a bickering married couple who have just been abandoned by their scuba-diving boat in the Caribbean. As the tension escalates between the troubled twosome--who are cold, tired, dehydrated, and more than a little scared--the tragedy of the situation is exacerbated by a series of very unfortunate conditions. While a current sweeps them far from where the boat left them, and deep dark clouds pass menacingly overhead, the sea-life just below the surface is clearly not of the friendly variety. Yes, those are real sharks, folks. Meanwhile, Daniel, who watched Shark Week on television, is no stranger to the perils at hand, and finds himself battling shock. Minutes pass like hours, with the light shifting on the water and the constant motion of the waves adding to this unfathomable nightmare. The shimmering blues of wide expanses of sea are offset by dazzling underwater photography, yet the mood remains bleak. And while no special effects, abrupt developments, or abrasive gore are present here, the film instills such fear that viewers will be frozen awaiting the surprising conclusion. A day at the beach will never be quite the same again.