Rolling Stone: 5 stars out of 5 - "...No Zep album sounds quite as gratifyingly raw or is as comprehensive in defining the band's intentions..."

Get email alerts for Led Zeppelin
Currently Out of Stock: We'll get more as soon as possible
Notify Me When Available
Add to Wishlist
Format:  CD  (2 Discs)
sku:  39H67
Our customers love us! 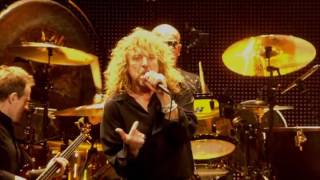 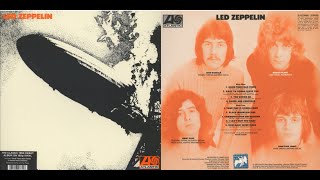 Rolling Stone
"The swagger is there from the get-go, on 'Good Times Bad Times' Jimmy Page's guitar pounces from the speakers, fat with menace..."
Rolling Stone - 12/11/03, p.106
Ranked #29 in Rolling Stone's "500 Greatest Albums Of All Time" - "...From the very beginning, Zeppelin had the astonishing fusion of Page's lyrical guitar playing and Robert Plant's paint-peeling love-hound yowl..."
Rolling Stone - 9/13/01, p.112
5 stars out of 5 - "...No Zep album sounds quite as gratifyingly raw or is as comprehensive in defining the band's intentions..."
Q - 10/94, p.141
3 Stars - Good - "...the rites of passage, Marquee-style bluesbreaker album, recorded in just 30 hours (no record contract, no cash), it's peak 'Dazed And Confused,' wherein half-inch blues exploded into riffology..."

17%off
Bachman-Turner Overdrive
Not Fragile
$9.98 CD Sale
Add to Cart