A corrupt politician's daughter falls in love with a street organ grinder. 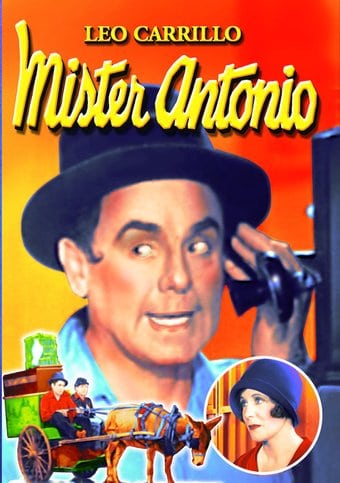 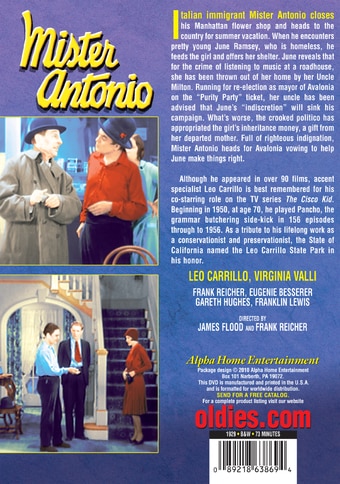 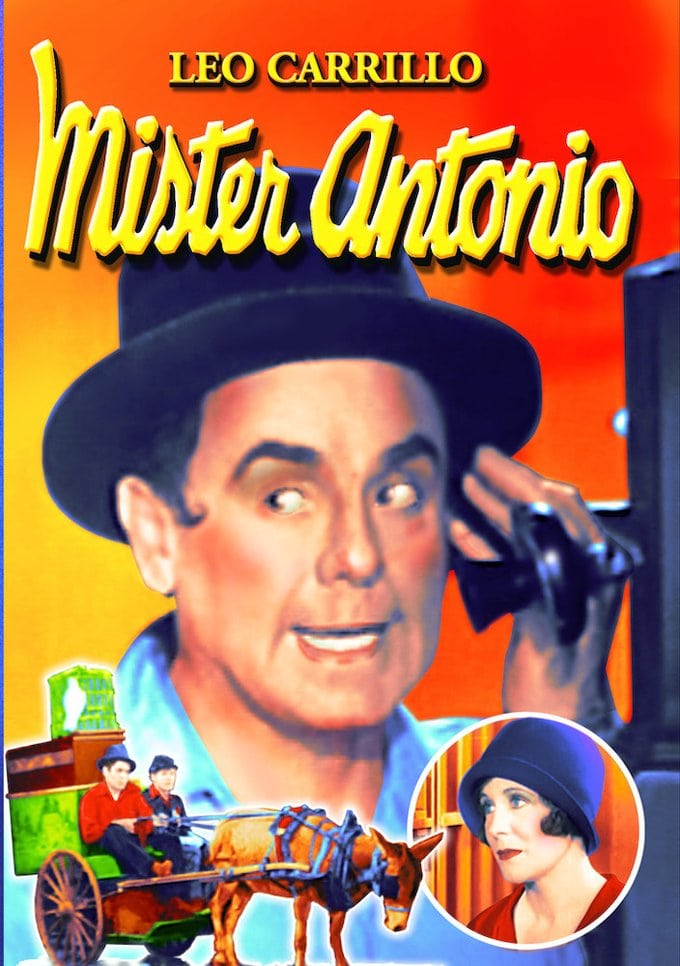 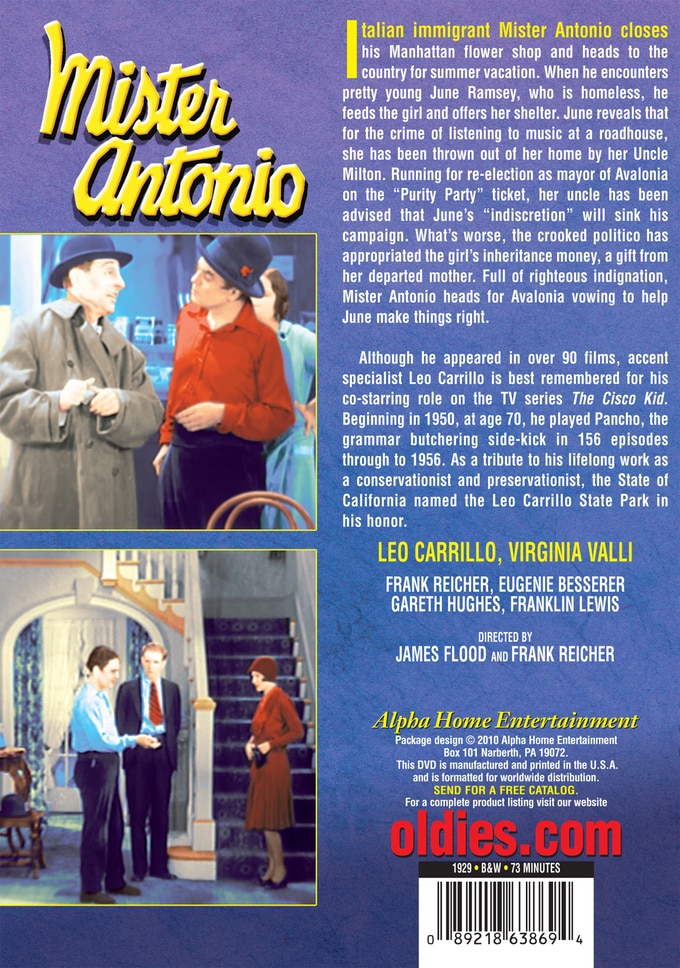 Italian immigrant Mister Antonio closes his Manhattan flower shop and heads to the country for summer vacation. When he encounters pretty young June Ramsey, who is homeless, he feeds the girl and offers her shelter. June reveals that for the crime of listening to music at a roadhouse, she has been thrown out of her home by her Uncle Milton. Running for re-election as mayor of Avalonia on the "Purity Party" ticket, her uncle has been advised that June's "indiscretion" will sink his campaign. What's worse, the crooked politico has appropriated the girl's inheritance money, a gift from her departed mother. Full of righteous indignation, Mister Antonio heads for Avalonia vowing to help June make things right.

Although he appeared in over 90 films, accent specialist Leo Carrillo is best remembered for his co-starring role on the TV series "The Cisco Kid." Beginning in 1950, at age 70, he played Pancho, the grammar butchering side-kick in 156 episodes through to 1956. As a tribute to his lifelong work as a conservationist and preservationist, the State of California named the Leo Carrillo State Park in his honor.

In this romance, an organ grinder falls in love with a corrupt mayor's daughter. The mayor, worried that the organ grinder will reveal his knowledge of the politician's illegal activities, does all he can to persuade the organ grinder that the girl is not interested in him, but the intrepid street performer is not dissuaded. In the end, the girl winds up tying herself to his donkey and begging him to take her away.

25%off
Buffalo Bill In Tomahawk Territory
$5.95 on Sale
Add to Cart