“I LOVE HIM because he doesn't know how to kiss—THE JERK!”

13K ratings
Out of Print: Future availability is unknown
Notify Me When Available
Add to Wishlist
Format:  DVD
sku:  39GH7
Our customers love us! 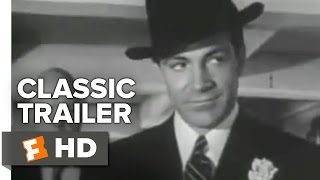 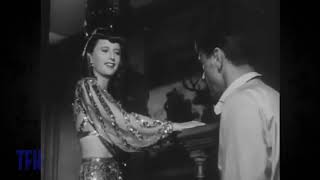 BALL OF FIRE opens with a group of eight mild-mannered professors who are hard at work compiling an encyclopedia. Work is dull but progressing well until language expert Bertram Potts (Gary Cooper) realizes his section on slang is outdated. For research he ventures into the outside world, where he encounters nightclub singer Sugarpuss O'Shea (Barbara Stanwyck), who, thanks to her mobster boyfriend, Joe Lilac (Dana Andrews), needs a place to hide out. The professors are only too happy to have a woman living among them, and the brassy singer teaches them more than slang, in the process livening up their academic lives with nylons and conga lines. Potts becomes infatuated with Sugarpuss, but when Joe wants her back, things get complicated. A lively romantic comedy with top performances from Cooper, an Oscar-nominated Stanwyck, and a terrific cast of supporting actors, the film also features Gene Krupa and His Orchestra. Billy Wilder and Charles Brackett were nominated for an Academy Award for Best Original Story. Hawks went on to remake the film in 1948 as the musical A SONG IS BORN, starring Danny Kaye.

When a professor (Gary Cooper) and his sheltered, highbrow colleagues begin work on a new encyclopedia, he enlists the aid of a beautiful, tough-talking night club entertainer (Barbara Stanwyck) to help explain slang, unaware that she is on the run from her gangster boyfriend. She turns out to be just what the boys from the Ivory Tower needed until her dangerous paramour starts calling the shots.

Remember the Night
$19
Add to Cart