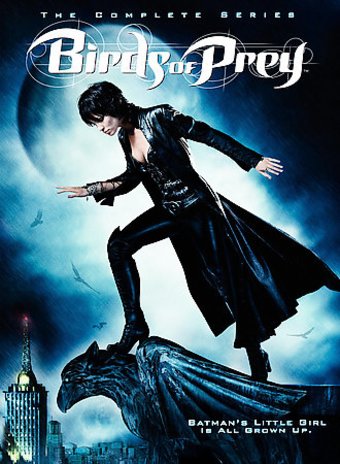 Batman has vanished from Gotham's vaulting skyline, and criminals are having a field day in the streets. That is, until the Birds of Prey swoop down. This feisty group of female crime-fighters includes the daughter of Batman and Catwoman, Helena (aka Huntress, played by Ashley Scott); telepathic newbie Dinah (Rachel Skarsten); and resident computer-genius Oracle (Dina Meyer), formerly Batgirl, confined to a wheelchair after a showdown with the Joker. Within the shadow-strewn metropolis, the supergroup finds itself in plenty of acrobatic battles against criminal masterminds, crazed villains, and malicious meta-humans. This collection presents all 13 episodes of the short-lived but much-loved series, based on the DC comic books.