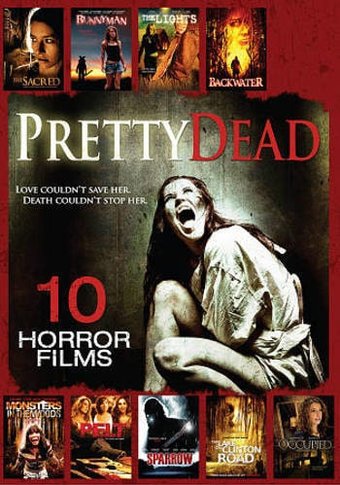 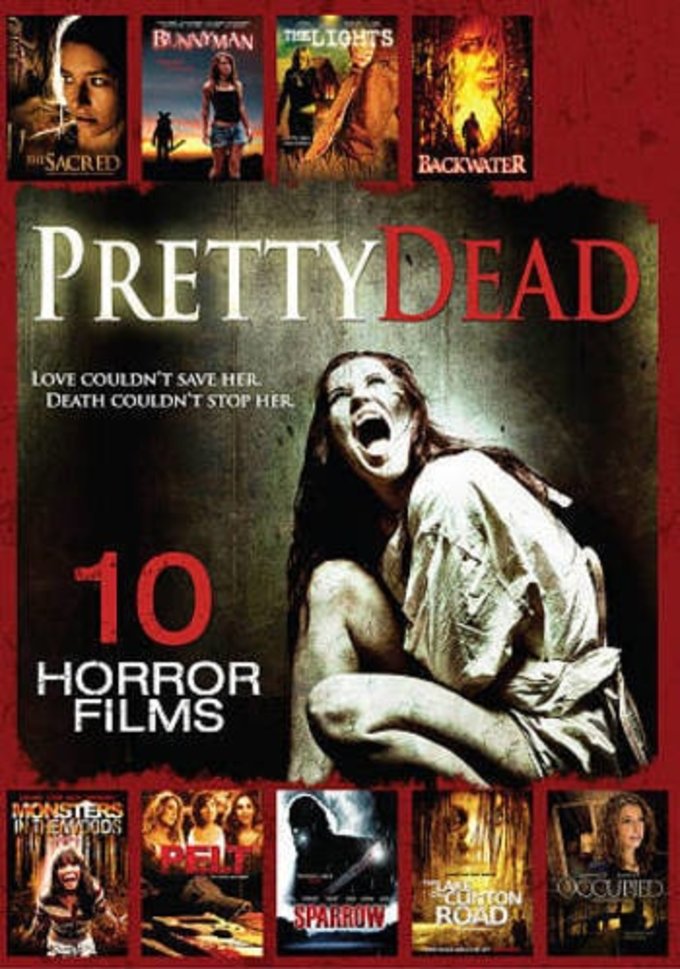 Bunnyman is the harrowing story of a group of friends on their way back from a spontaneous weekend trip to Las Vegas. While driving through the remote regions of southern California they suddenly find themselves in a sickening game of cat and mouse with a five-ton dump truck. When looking for help they stumble upon a nightmarish family who takes pleasure in dismembering and eating as many of the kids as possible. The bizarre killer, once severely abused as a child, is now an adult with manifestations of intense rage and child-like taunting behavior. He dresses in a bunny suit as something of a security blanket for his fragile and dangerous psyche.

The Lake on Clinton Road

When six friends from Massachusetts finish up classes for the semester, they decide to take a road trip to the Jersey Shore. A birthday celebration at a shore house will be the highlight of their summer, or so they thought. When they get to the house, they realize it's not the beach house they were expecting. It's actually in the middle of the woods off a long spooky road, Clinton Road. Clinton Road has been haunted for the past 50 years, this is what Alex, Jillian, Amber, Jamie, Stacy and Mark will soon find out. The sadness of not having a beach near soon disappears as they all rush outside to see the lake. They prepare to have drunken festivities at the lake but that's when the horror begins. One by one they all disappear. Who will be the last? Who will be the first? Will anyone survive?

Four friends set out on a road trip to catch a better view of an once-in-a-lifetime meteor shower. But what begins as a high-spirited lark soon turns deadly serious when the teens ignore the ominous warning of the local sheriff (Joe Estevez - Hollywood Confidential) and find themselves stranded in backwater Texas ... locked in an evil game of cat and mouse. As the foursome watches the eerie nocturnal spectacle of The Lights, a local natural phenomenon, someone is watching them. A sinister mystery best left unsolved, a malevolence long thought dead, a bloodcurdling night they will never forget ... if they live to tell the tale.

Life is great... Regina Stevens just passed her residence exam and her boyfriend Ryan proposed. Except for the medical impossibility that she shouldn't even be alive -- she has no pulse, no blood pressure and she hasn't slept in two months. While attempting to unlock the mystery of what is keeping her alive, Regina, and a somewhat reluctant Ryan, discover a link between her conditions; a sudden ability to miraculously regenerate and new-found cravings for human flesh -- cravings that intensify until she finally feeds. A botched suicide attempt lands her in the custody of the state and under the care of Dr. Daniel Romera, who explains her symptoms as Cotard's Disease or "Walking Corpse Syndrome," a delusional state in which the patient believes she is actually dead and will go to horrific lengths to prove it. But is she really crazy, or is she something else?

Monsters in the Woods

Low budget filmmaker, JAYSON (Glenn Plummer) has made the movie of his dreams... but to his dismay, it can't sell in Hollywood. The distributors tell him "... you have nothing exploitative in your movie. Add some sex scenes, more violence, and maybe we'll buy your film."  The distraught filmmaker approaches his neophyte, semi-psychotic producer, BRAVO (Blaine Cade) and tells him, "... put together a cast and crew... we're going to re-shoot and give them what they want!"  Bravo nervously tells him, "We're out of money. " Jayson screams at him, "I don't care.  Do WHATEVER you have to do!" Bravo enlists a young movie crew to follow them into the remote back woods of the Great Bear Mountains by telling them "There's no money, but when we sell this, you'll all get a big piece of the profits for your efforts... and great craft service!" Various 'B' movie actors, including stuntman BURT (Edward Hendershott), and his gorgeous wannabe actress girlfriend, ASHLEY (Linda Bella), join them as Jayson has promised her a role in the movie.  After a series of 'behind-the-scenes' interviews of this quirky bunch, they begin filming. Jayson is accidentally killed by his inept crew, and in the midst of all the confusion, Bravo strangely convinces them to finish the movie. They reluctantly agree, but soon after, are attacked by an unrelenting swarm of deadly 'devil dogs' from Hell. Burt, Ashley, and Bravo briefly escape the danger as they are rescued by two 'angels' sent from Heaven to battle the monsters. Unknown to them all, Bravo has made a pact with the Devil to provide twelve souls (theirs) in order to get the movie made. Mayhem ensues as the survivors attempt to kill the 'demons' and close the entrance to Hell before the whole Earth is consumed by evil!

A group of University students travel to a remote patch of land deep in the Florida swamps to complete their thesis project on Native American folklore. These grounds have the power to bring "sins" back to life, to bring the dead back to life, punishing and killing whoever is guilty of serious crimes. As the students quickly find out...past actions can lead to present nightmares in THE SACRED.

Cass and Mark venture out into a secluded area of the country for a long weekend. After a mysterious scream and an encounter with lone fisherman and an odd deputy sheriff, they begin to think someone might be stalking them.

Sudden, gory death hides behind every bush. When beautiful Jennifer and her friends embark on a backpacking excursion deep into the woods, they come chest to chest with an evil as old as the trees. Listen...above the crackling of the campfire...is that the sound of a twig snapping or your best girlfriend's neck? The interlopers discover that when the locals caution you not to trespass ...you were warned.

Six friends plan a weekend getaway to "Camp Happy Dream" despite the campsite being plagued by a deadly urban legend. As legend has it, a machete-wielding park ranger named Sparrow, brutally murdered two people in fit of jealous rage, and is said to continue to roam the forest to this day. The friends' disbelief in this urban legend is soon changed when strange happenings begin to occur to each of them.

When free spirit Sarah, 21, goes to babysit her young cousin, it becomes apparent that the dangers that lurk outside the cabin pale in comparison to the perils inside. Triggered by unwelcome visitors, a psychotic break shatters the weekend. A psychological thriller set in the isolated redwoods above Silicon Valley.

22%off
Maleficent: Mistress of Evil
$11.70 Super Savings
Add to Cart

43%off
Roger Corman Horror Collection (The Little Shop of Horrors...
$3.98 on Sale
Add to Cart