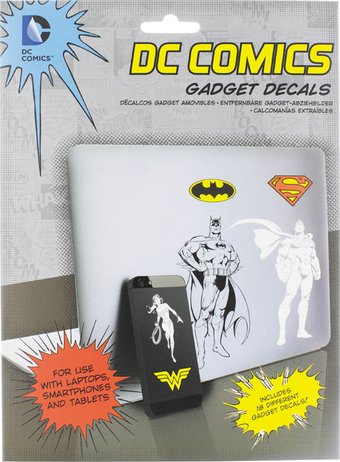 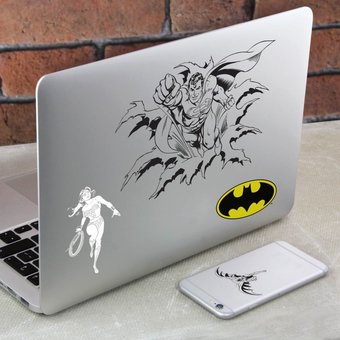 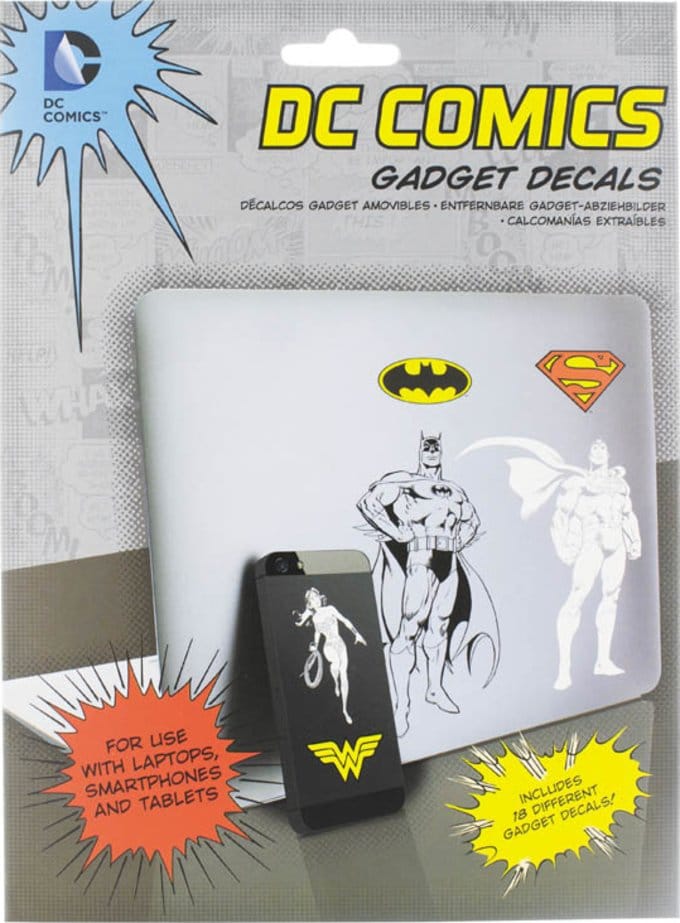 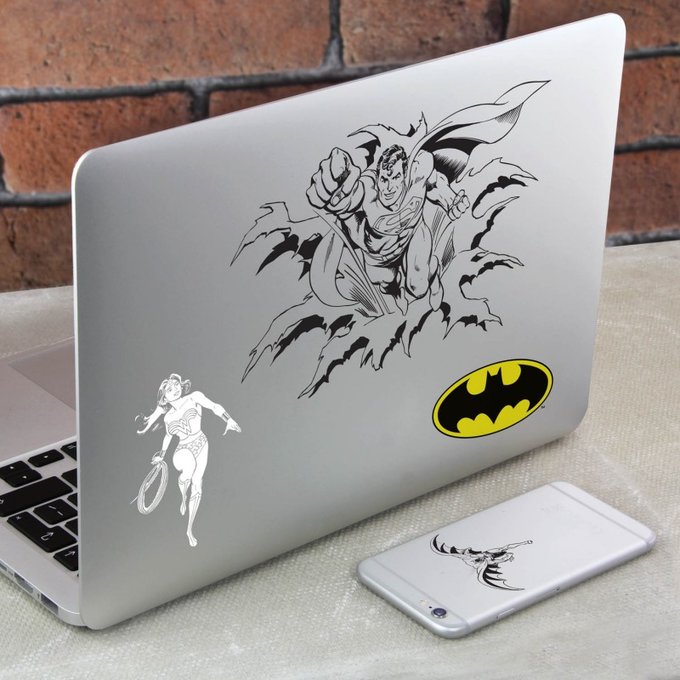 Inspector approved! Customize your gadgets with the help of all your favourite comic book superheroes. A great gift for any comic book or superhero fan, these DC Comic Gadget Decals feature all your favourite legendary comic book characters. Included in this brilliant set are icons such as Superman, Wonder Woman, Batman, and even the notorious super-villain the Joker. In all this set features 18 removable vinyl stickers, so you can mix and match to create your own fantastic comic book artwork on all your personal gadgets. For use with laptops, smart phones and tablets, the gadget decals feature the iconic emblems of your favourite heroes such as the instantly recognizable Superman 'S' shield and Batman silhouette logo. Wonder Woman's WW wing logo is also included, as are different poses of each hero in action. Superman, Wonder Woman and Batman are three of the most popular and high profile comic book characters in the history of the genre, and have each transcended their comic book origins to become global icons in popular culture. Representing truth, justice, honesty and bravery, they are famous for their heroic, world saving deeds. The Joker, as Batman's arch nemesis, has equally captured the public's imagination with his anarchic mayhem and villainous schemes. DC Comics Gadget Decals are an officially licensed product from DC Comics.