An excellent documentary depicting the modernization and conflict of a small Mexican village. Written by John Steinbeck. 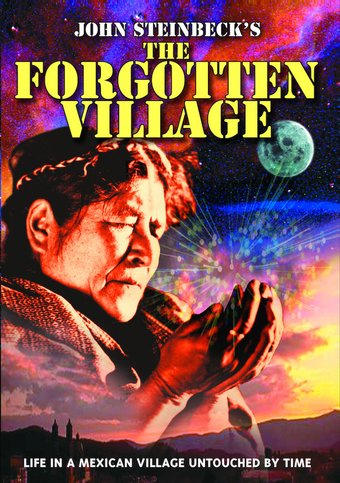 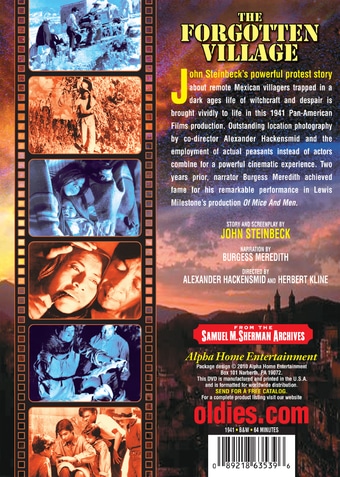 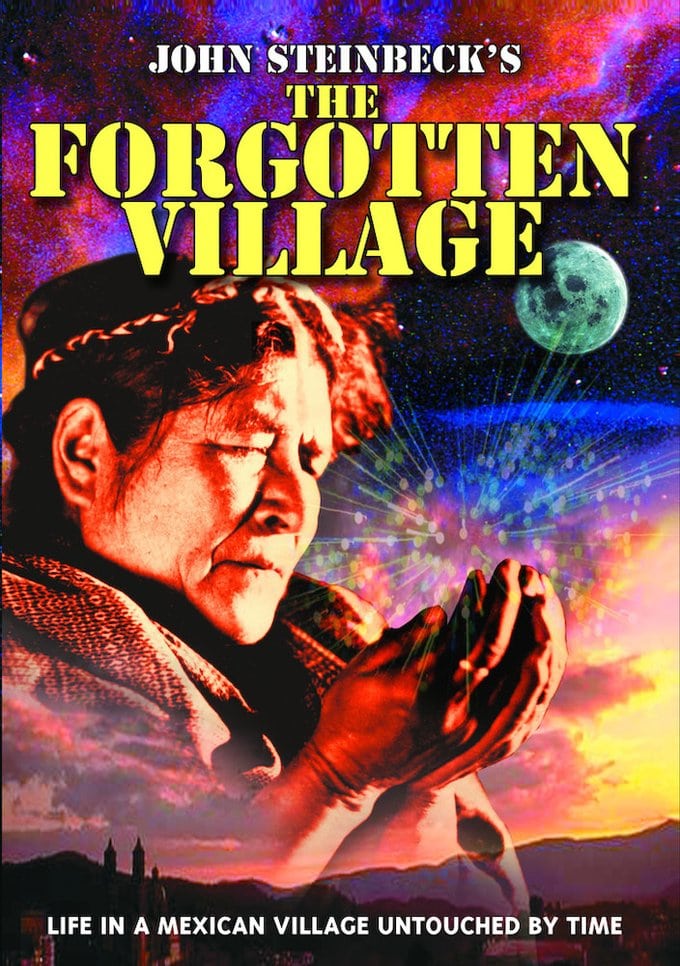 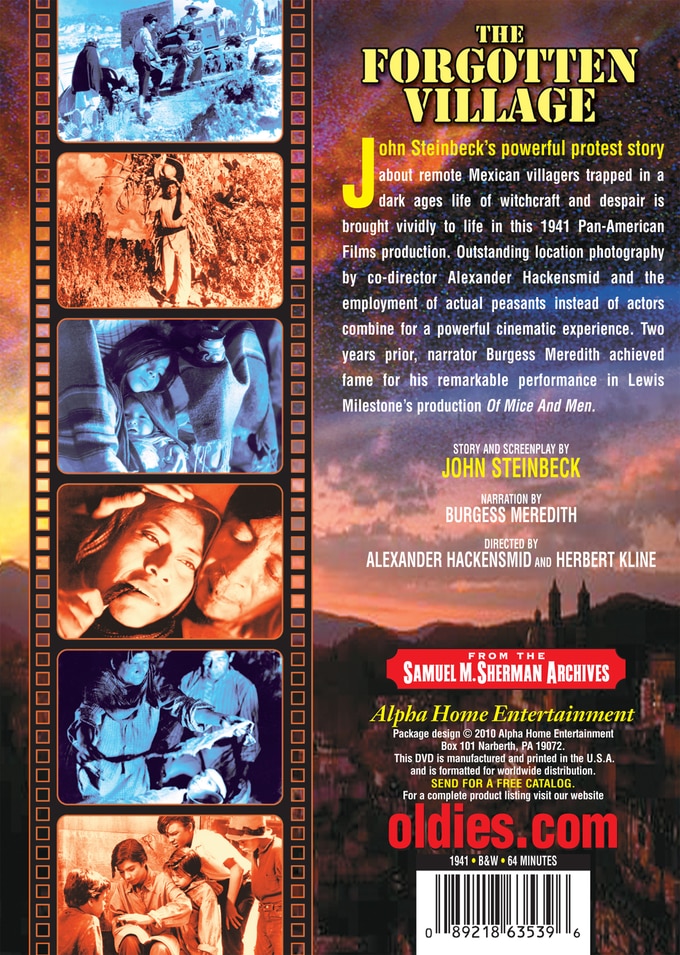 John Steinbeck's powerful protest story about remote Mexican villagers trapped in a dark ages life of witchcraft and despair is brought vividly to life in this 1941 Pan-American Films production. Outstanding location photography by co-director Alexander Hackensmid and the employment of actual peasants instead of actors combine for a powerful cinematic experience. Two years prior, narrator Burgess Meredith achieved fame for his remarkable performance in Lewis Milestone's production Of Mice And Men.

A brilliantly-photographed, sincere documentary of village life in Mexico with a script by Steinbeck. The film depicts the conflict between modern science and native religions when a typhoid epidemic sweeps the village's children. The censors of the time took issue with a scene that showed a woman in childbirth.

25%off
Capturing Kentucky Moonshiners and other Bizarre True... (DVD-R)
$5.95 on Sale
Add to Cart