A resourceful young girl uncovers a plot by thugs to take over her ranch. 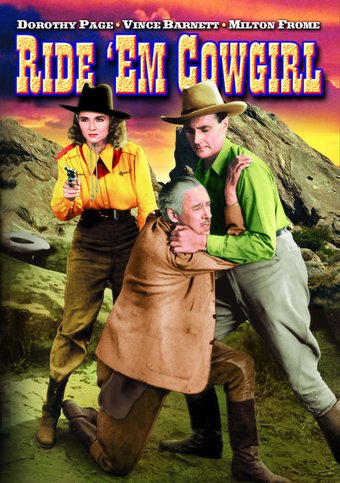 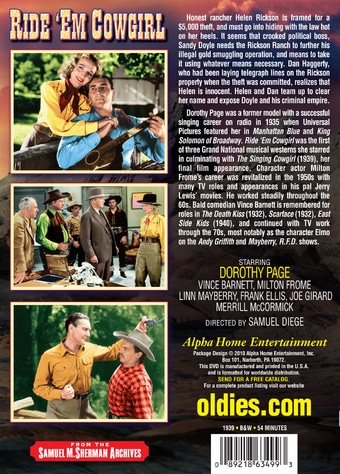 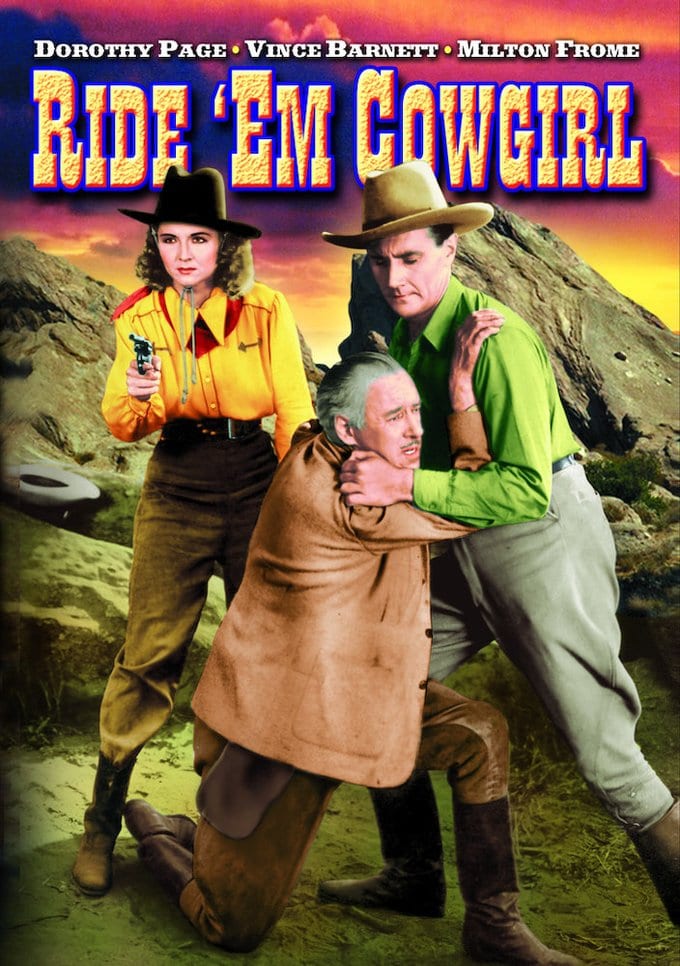 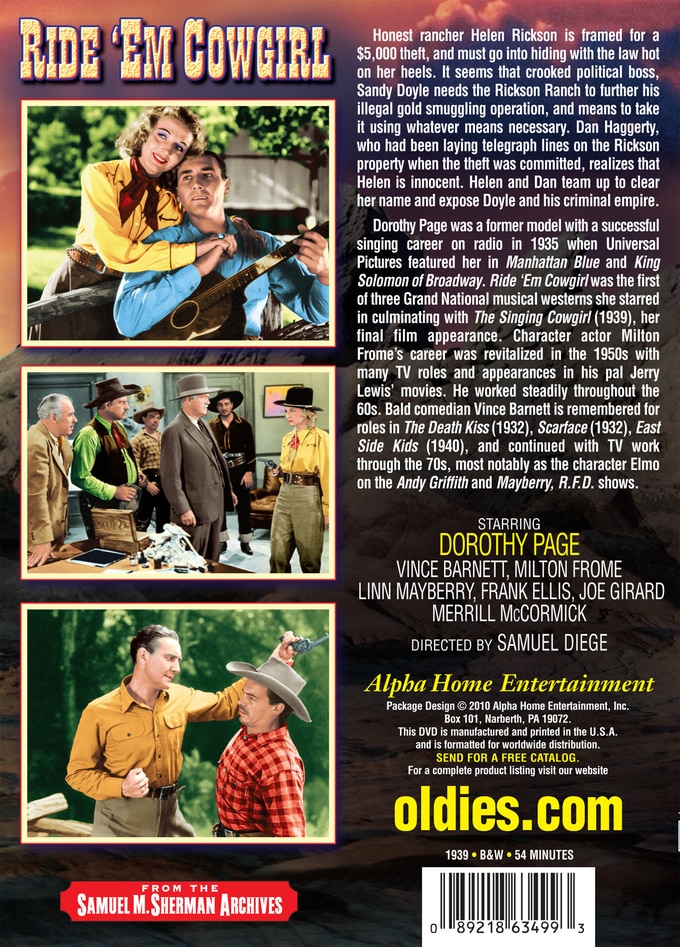 Honest rancher Helen Rickson is framed for a $5,000 theft, and must go into hiding with the law hot on her heels. It seems that crooked political boss, Sandy Doyle needs the Rickson Ranch to further his illegal gold smuggling operation, and means to take it using whatever means necessary. Dan Haggerty, who had been laying telegraph lines on the Rickson property when the theft was committed, realizes that Helen is innocent. Helen and Dan team up to clear her name and expose Doyle and his criminal empire.

Dorothy Page was a former model with a successful singing career on radio in 1935 when Universal Pictures featured her in Manhattan Blue and King Solomon of Broadway. Ride 'Em Cowgirl was the first of three Grand National musical westerns she starred in culminating with The Singing Cowgirl (1939), her final film appearance. Character actor Milton Frome's career was revitalized in the 1950s with many TV roles and appearances in his pal Jerry Lewis' movies. He worked steadily throughout the 60s. Bald comedian Vince Barnett is remembered for roles in The Death Kiss (1932), Scarface (1932), East Side Kids (1940), and continued with TV work through the 70s, most notably as the character Elmo on the "Andy Griffith" and "Mayberry, R.F.D." shows.

In what must have seemed like a good idea at the time, Grand National pictures attempted to build a series of westerns around a singing cowgirl, played by Dorothy Page. In RIDE 'EM COWGIRL, Page acquits herself nicely as Helen Rickson, who tries to combat the villains all by her lonesome. Though she is helped along by muscular barbed-wire lineman Oliver Shea (played by character actor Milton Frome in a rare romantic lead), it is clear that Helen is perfectly capable of taking care of herself. The studio's advertising copy claimed that Dorothy Page did all her own stunts, from roping to riding to shooting, and from the looks of things this was a true assertion. That RIDE 'EM COWGIRL was not a particularly good western didn't seem to concern anybody at the studio, which quickly churned out two additional Dorothy Page vehicles, WATER RUSTLERS and (what else') THE SINGING COWGIRL.