Sing While You're Able

A singing hillbilly is brought to the big city with the hopes of lifting a radio stations ratings. 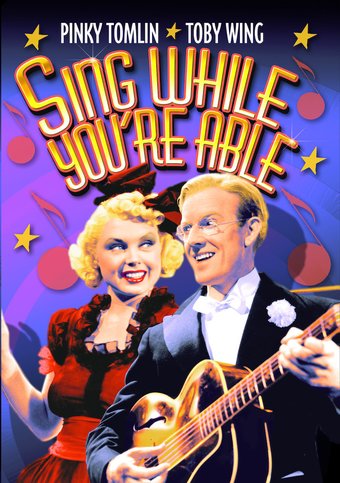 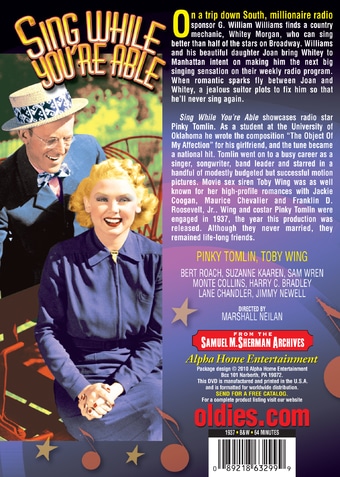 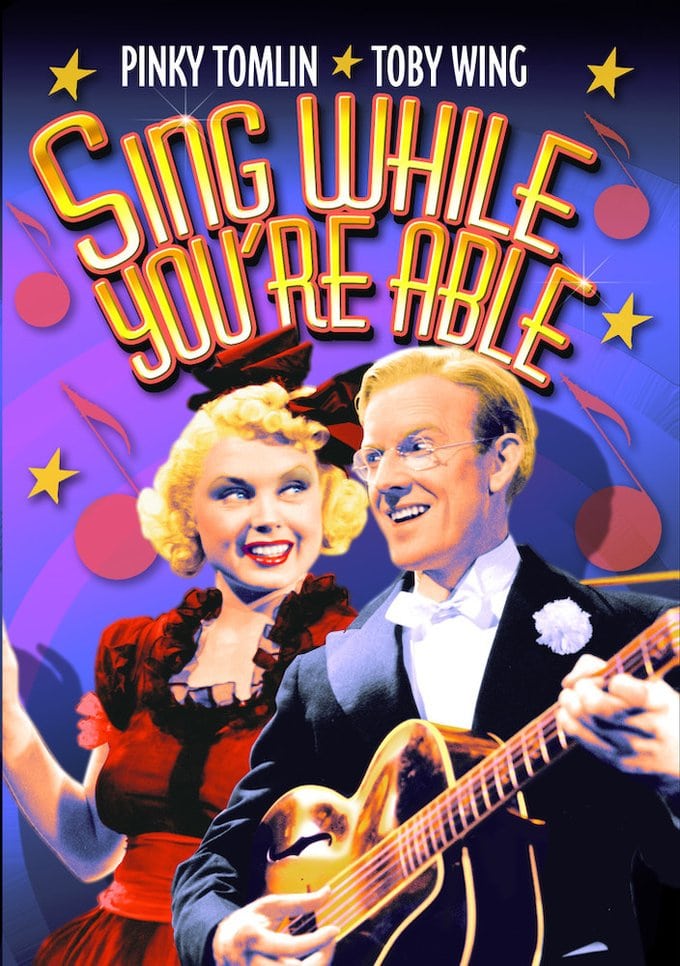 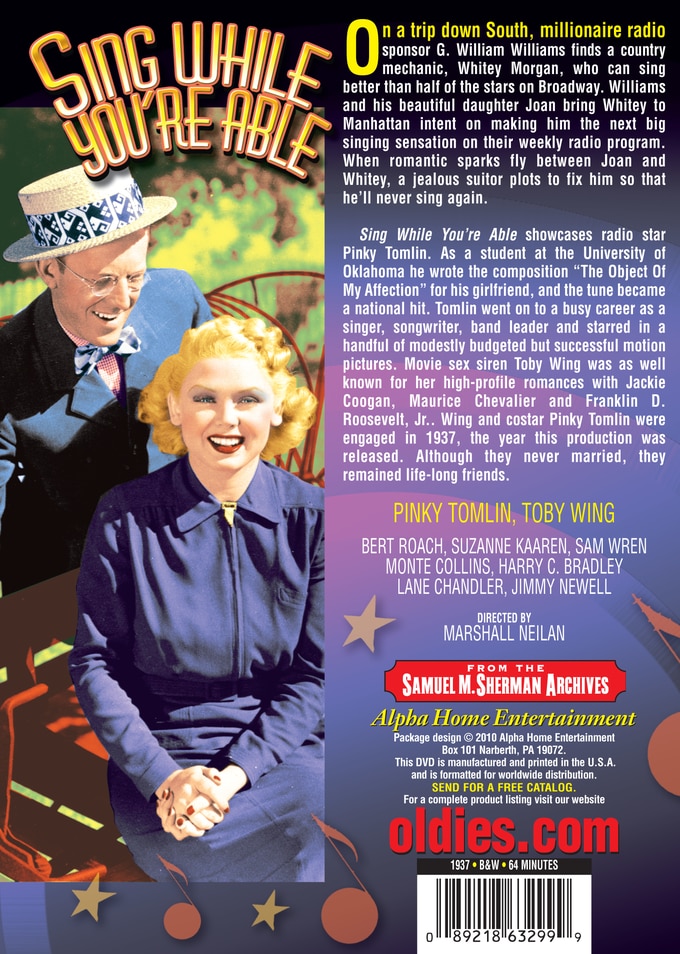 On a trip down South, millionaire radio sponsor G. William Williams finds a country mechanic, Whitey Morgan, who can sing better than half of the stars on Broadway. Williams and his beautiful daughter Joan bring Whitey to Manhattan intent on making him the next big singing sensation on their weekly radio program. When romantic sparks fly between Joan and Whitey, a jealous suitor plots to fix him so that he'll never sing again.

Sing While You're Able showcases radio star Pinky Tomlin. As a student at the University of Oklahoma he wrote the composition "The Object Of My Affection" for his girlfriend, and the tune became a national hit. Tomlin went on to a busy career as a singer, songwriter, band leader and starred in a handful of modestly budgeted but successful motion pictures. Movie sex siren Toby Wing was as well known for her high-profile romances with Jackie Coogan, Maurice Chevalier and Franklin D. Roosevelt, Jr.. Wing and costar Pinky Tomlin were engaged in 1937, the year this production was released. Although they never married, they remained life-long friends.

In this countrified musical, a wealthy man and his daughter try to promote the singing career of a talented hillbilly and his always smiling friend. They meet when the rich man's car breaks down while travelling across the South. The father brings the young crooner to his radio station. The singer and the daughter are obviously attracted to each other and this dismays the greedy station manager who wanted the girl to marry his son. To ensure that she does, he conspires to silence the handsome hillbilly.