Al Hibbler After The Lights Go Down 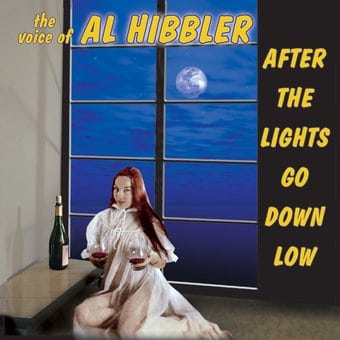 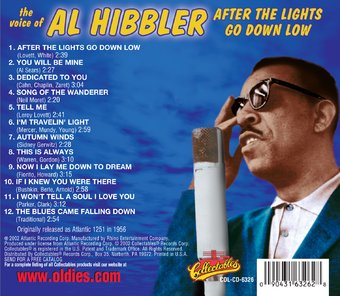 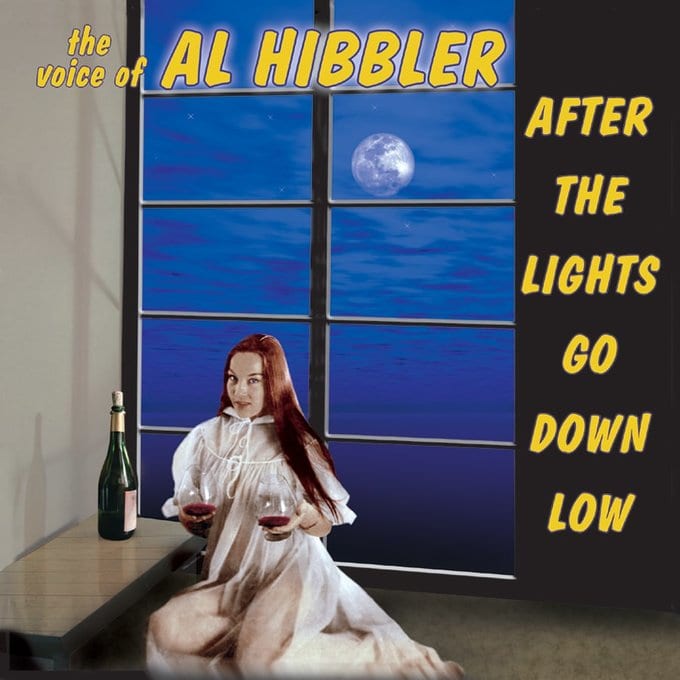 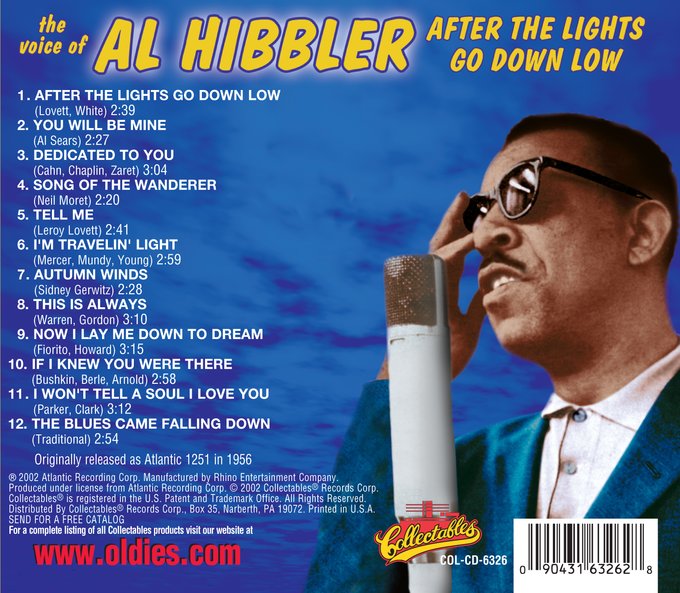 Originally released by Atlantic in 1956, this product from ex-Ellington vocalist Al Hibbler features "After the Lights Go Down Low," a Top Ten hit.

Orginally released on Atlantic (1251).
Stylized at times to an almost outrageous degree, the suave and sophisticated voice of Al Hibbler is really unlike that of any other singer ever recorded. His peculiarly chosen dialects, the exaggerated vibrato, the roller coaster plunges into the bass clef and a general air of self-caricature make any Al Hibbler recording a uniquely entertaining experience. Whereas anyone else putting on such a show would run the risk of sounding foolish, Hibbler had so much class mingled with chutzpah that each performance feels like something from an impossible or imaginary jazz/lieder recital. The adjective "surreal" has often been used, in fact, to describe the artistry of Al Hibbler. The selections compiled here were variously recorded with a band led by pianist Billy Kyle on April 19, 1950; with the Billy Taylor Orchestra on October 25, 1950; with the Jimmy Mundy Orchestra on June 27, 1951; and sometime during the year 1956 with the Leroy Lovett Orchestra. Between 1955 and 1959, Hibbler was often backed with strings or in some cases a mixed choir. This type of production hardly encroaches upon the material reissued here. Only the Mundy titles (tracks 12 through 14) bear the mark of sugary violins, and the fiddles more or less stay out of Hib's way. Prior to the release of this CD, "Old Folks" and "Danny Boy" were available only as singles. Everything else heard here was issued as Atlantic LP 1251. It's an excellent reissue even if the person on the cover wearing the filmy negligee and holding those strategically positioned wine goblets doesn't look a thing like Al Hibbler. ~ arwulf arwulf