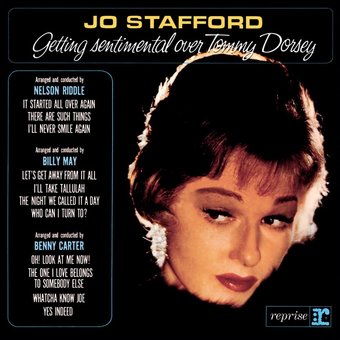 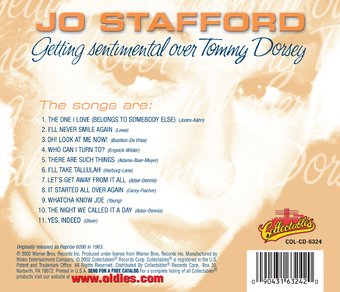 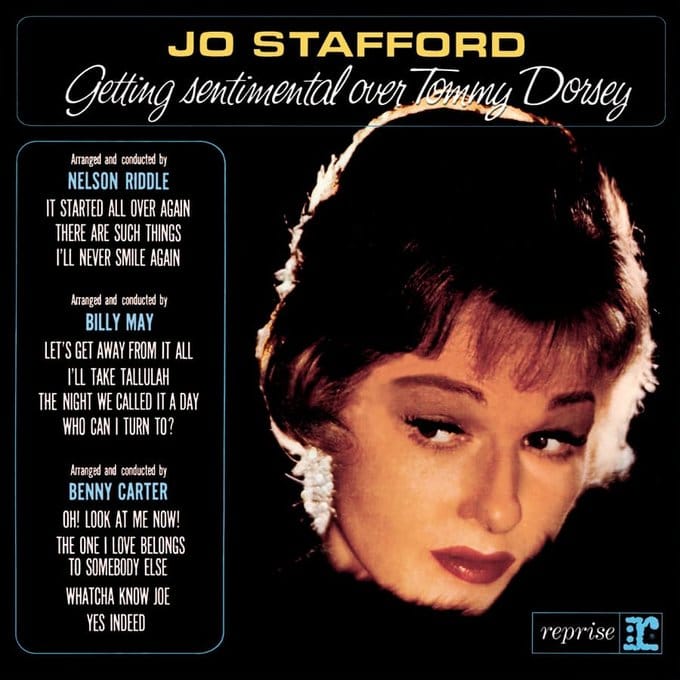 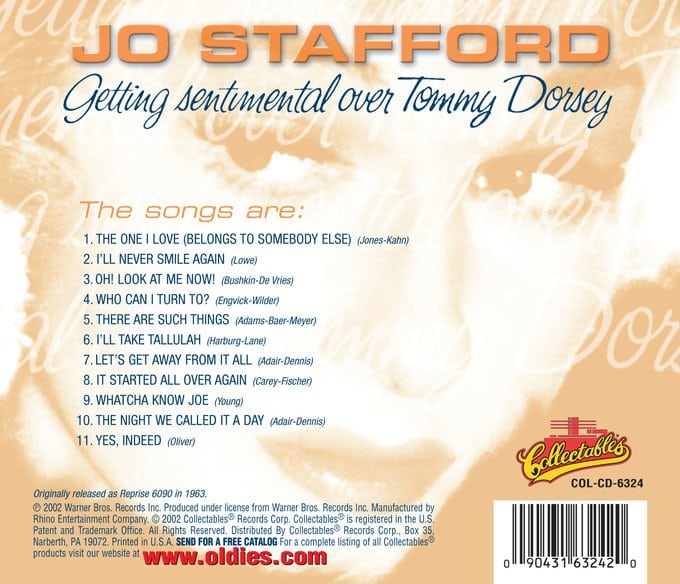 In addition to being the wife of Paul Weston, Jo Stafford was also one of the finest female vocalists of the post-war period. One of Stafford's last products, this product was released in 1962 and features her backed by the orchestras of Nelson Riddle, Billy May and Benny Carter.

Personnel includes: Jo Stafford (vocals); Nelson Riddle, Billy May, Benny Carter (arranger. conductor).
Personnel: Jo Stafford (vocals).
Liner Note Author: George T. Simon.
Few vocalists were better poised to toast Tommy Dorsey than Jo Stafford, who spent several years in the great bandleader's ranks and took leads or harmonies on several of his biggest hits. Better yet, this 1963 LP includes charts by a pair of the Dorsey band's best arranging acolytes, Nelson Riddle and Billy May (both of whom spent time in the band), plus four by Benny Carter. Hearing these songs with new charts in superb stereo is a treat for swing fans, and the harmony vocal group in the background sparkles just as brightly as Stafford's group, the Pied Pipers, had with Dorsey. ~ John Bush

60%off
Claudine Longet
We've Only Just Begun / Let's Spend The Night Together (CD)
$5.98 on Sale
Add to Cart