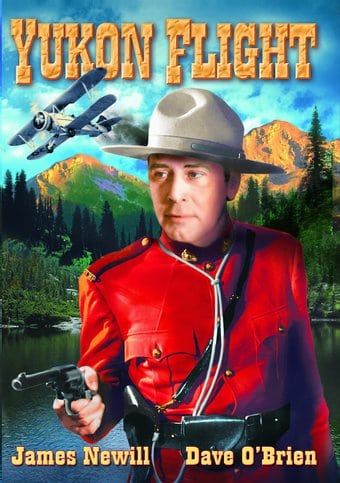 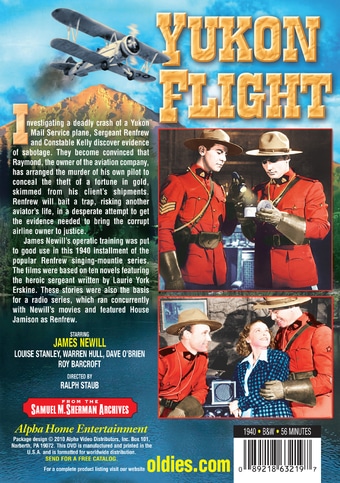 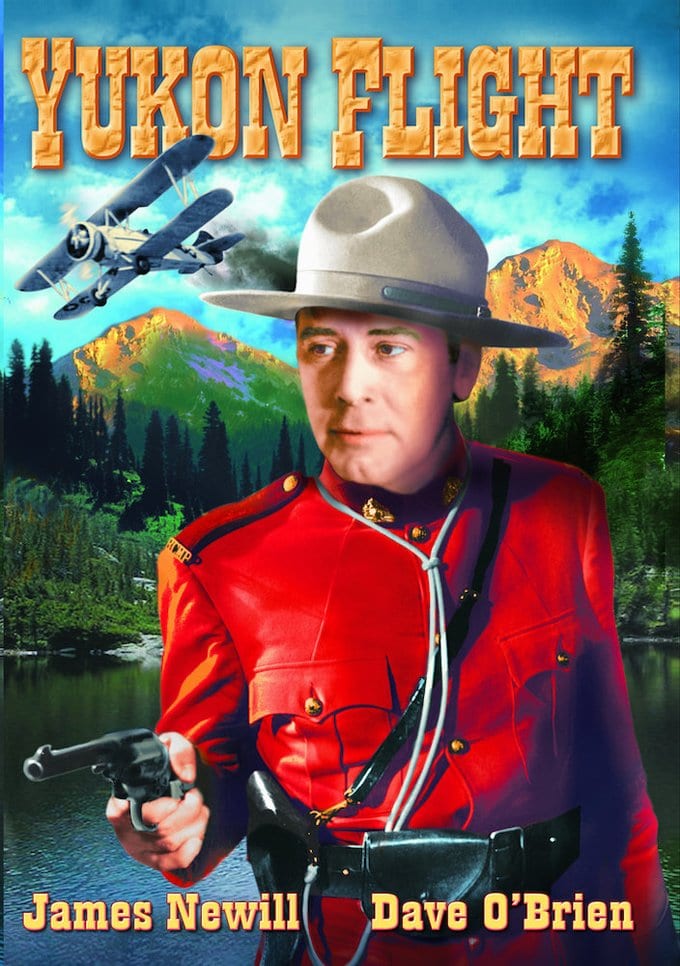 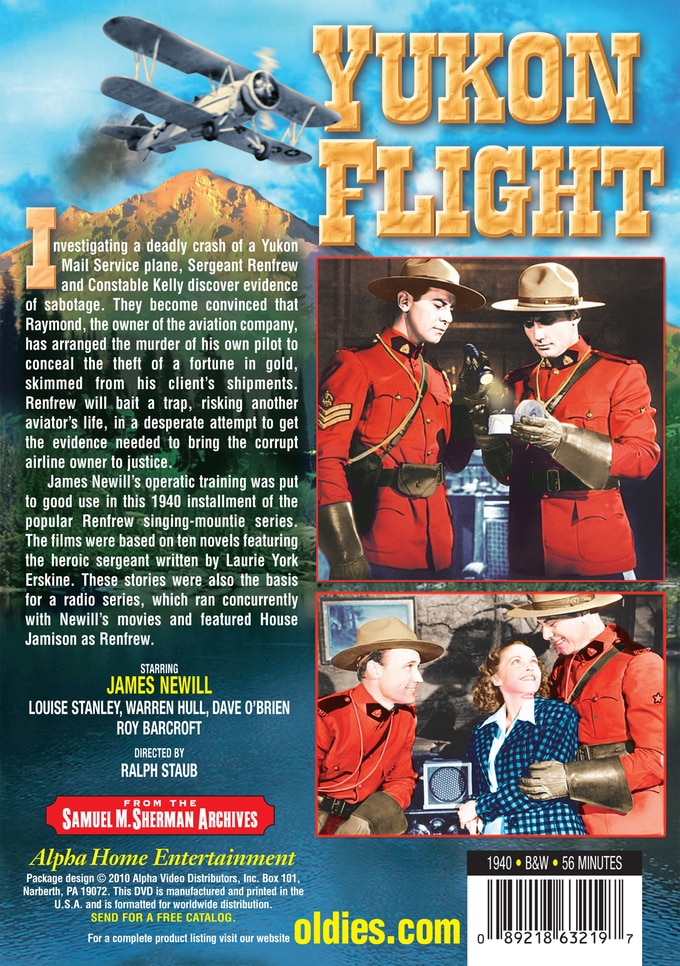 Investigating a deadly crash of a Yukon Mail Service plane, Sergeant Renfrew and Constable Kelly discover evidence of sabotage. They become convinced that Raymond, the owner of the aviation company, has arranged the murder of his own pilot to conceal the theft of a fortune in gold, skimmed from his client's shipments. Renfrew will bait a trap, risking another aviator's life, in a desperate attempt to get the evidence needed to bring the corrupt airline owner to justice.

James Newill's operatic training was put to good use in this 1940 installment of the popular Renfrew singing-mountie series. The films were based on ten novels featuring the heroic sergeant written by Laurie York Erskine. These stories were also the basis for a radio series, which ran concurrently with Newill's movies and featured House Jamison as Renfrew.

YUKON FLIGHT is one of several Monogram programmers starring James Newill as Renfrew of the Royal Mounted. This time Renfrew is on the trail of the operators of a crooked air freight service. The villains have been helping themselves to the cargo and bumping off clients who have complained. The film has a powerhouse opening, with one of the crooks' ex-partners strapped into the cockpit of a plane that's destined to crash: "He's takin' himself for his own ride!" laughs criminal mastermind William Pawley. Like all RENFREW pictures, this one was based on a story by Laurie York Erskine.

25%off
Renfrew of the Royal Mounted: Danger Ahead
$5.95 on Sale
Add to Cart

25%off
Renfrew of the Royal Mounted: On the Great White Trail
$5.95 on Sale
Add to Cart

25%off
Renfrew of the Royal Mounted: Crashing Thru
$5.95 on Sale
Add to Cart