The Man From Guntown

A killer pursues Tim McCoy when he acts to protect a young woman from land poaches. 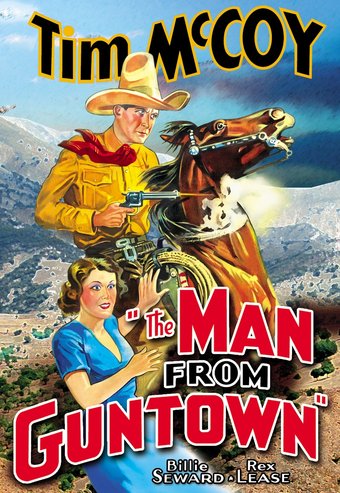 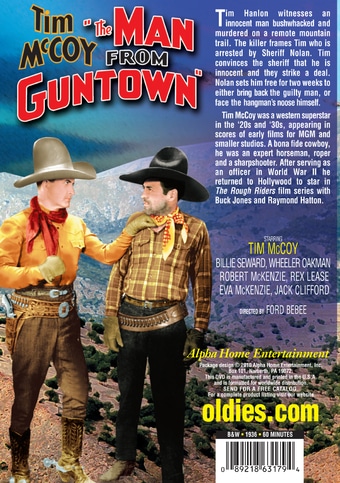 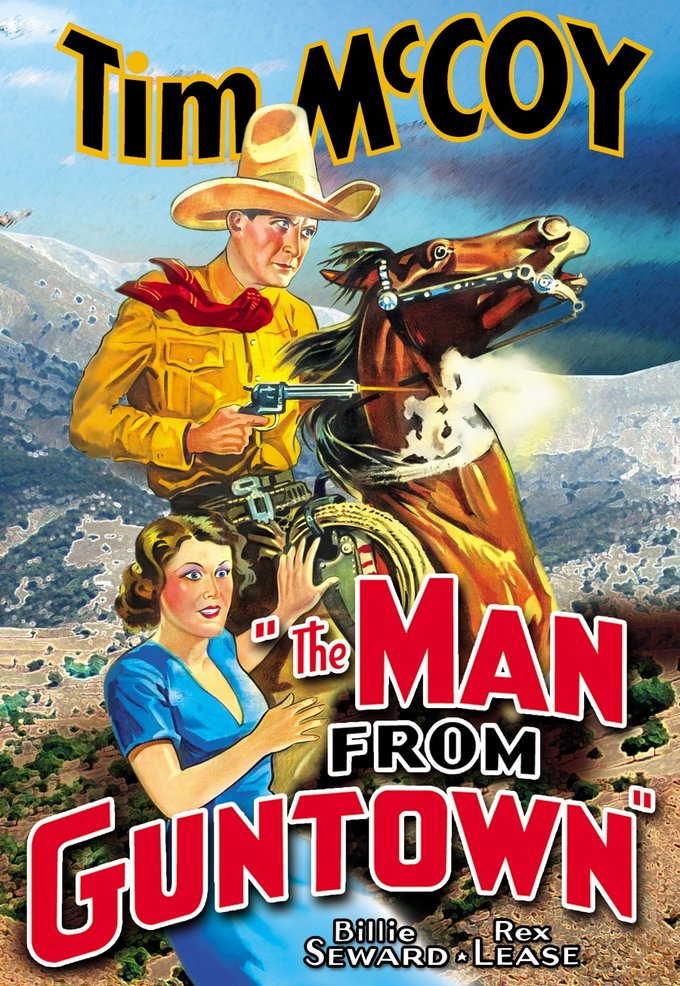 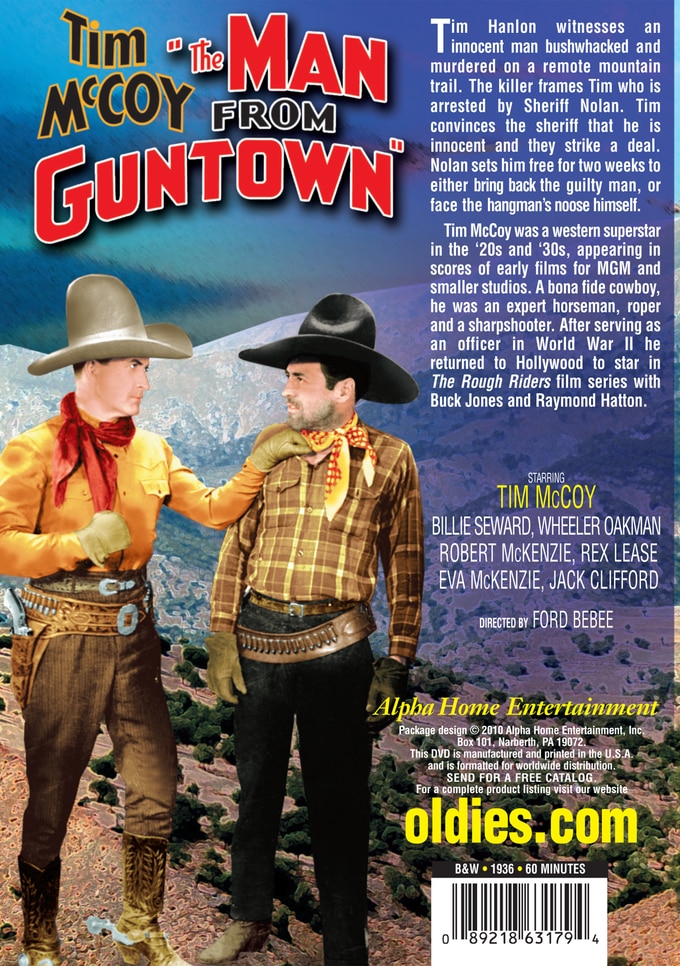 Tim Hanlon witnesses an innocent man bushwhacked and murdered on a remote mountain trail. The killer frames Tim who is arrested by Sheriff Nolan. Tim convinces the sheriff that he is innocent and they strike a deal. Nolan sets him free for two weeks to either bring back the guilty man, or face the hangman's noose himself.

Tim McCoy was a western superstar in the '20s and '30s, appearing in scores of early films for MGM and smaller studios. A bona fide cowboy, he was an expert horseman, roper and a sharpshooter. After serving as an officer in World War II he returned to Hollywood to star in The Rough Riders film series with Buck Jones and Raymond Hatton.

In his second Western for low-budget Puritan Pictures, Tim McCoy comes to the aid of a pretty ranch owner whose property is in danger of being usurped by a crooked saloon owner. Ruth McArthur (Billie Seward) cannot pay her late father's debt and lawyer Eric McGillis (Robert McKenzie) advises her to sell out to saloon owner Harry DeLong (Wheeler Oakman). But Ruth, who is awaiting the arrival of her brother, Alan, demurs and DeLong has Alan (Rex Lease) murdered by hired gunslinger Bill Slater (Jack Rockwell). Cowboy Tim Hanlon (McCoy), who had befriended Alan, is accused of the killing and imprisoned. Convincing the sheriff of his innocence, Hanlon is allowed to search for the real culprit. When he arrives at the McArthur ranch, Tim is mistaken by Ruth for the long-absent Alan and goes along in order to help her. Bankrolled by Banker Wells (George Pearce), Tim and a gang of workmen begin to repair the local dam, despite the preventive efforts of DeLong and his men. DeLong shows the sheriff (Jack Clifford) a note that ostensibly proves Tim's guilt in Alan's death but the ruse backfires as only the killer would know that Tim isn't the real Alan. Despite an overly complicated plot, THE MAN FROM GUNTOWN was well mounted and rather elaborate for a B-Western. Co-written by Thomas H. Ince Jr., the film was an unofficial remake of the 1919 SQUARE DEAL SANDERSON, a William S. Hart vehicle produced by Ince's late father.

Action | Romance | Murder | Cowboys | Outlaws | Framed | Gangsters | Brothers | Romances | Love
This product is made-on-demand by the manufacturer using DVD-R recordable media. Almost all DVD players can play DVD-Rs (except for some older models made before 2000) - please consult your owner's manual for formats compatible with your player. These DVD-Rs may not play on all computers or DVD player/recorders. To address this, the manufacturer recommends viewing this product on a DVD player that does not have recording capability.

65%off
Oz the Great and Powerful
$6.98 Super Savings
Add to Cart


This film has Tim again as the goody protecting the young women from land poachers,action excellent,story line also the same, continues to keep you watching all the way through