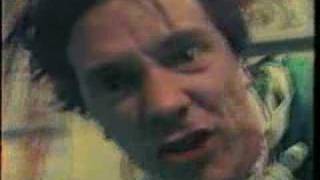 The Body by PIL (Music Video) 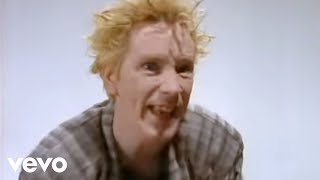 Personnel includes: John Lydon, Lu Edmond, John McGeoch, Bruce Smith.
Happy? benefits from some relative stability in PiL's lineup, not to mention the undeniable fact that the band members' allegiance makes sense (in contrast to that of Album's crew). Keyboardist Lu Edmonds (the Damned and 3 Mustaphas 3), guitarist John McGeoch (Magazine and Siouxsie & the Banshees), drummer Bruce Smith (the Pop Group and Rip Rig & Panic), and muscular Yank bassist Allan Dias are a solid unit, forming something of a post-punk supergroup. The Blind Faith of the '80s? Even more radio friendly than Album, Happy? is increasingly entrenched in dancefloor-type fare. Lydon isn't his full-blown postal self, but he's still continents away from being rosy. Though the music might be too dated for most ears years later, Lydon's riffing on unplanned pregnancy ("The Body"), sheep mentality ("Angry"), and false national pride ("Hard Times") still holds together lyrically. McGeoch and Edmonds' sparkling work comes a little too close to stadium-bound for comfort (paging Mr. Edge...), but it's a good turn away from Album's brainy metal-wank fireworks. Just when the band sounds as if it's approaching standard issue 1987 chart fare, it fiddles with the arrangements and structures enough to make sure the songs don't qualify as such. If PiL was trying to remain accessible and challenging at the same time, the band fell just short of its goal; given the conspirators involved, Happy? is not quite as distinct as it should have been. But as far as PiL outings are considered, it was Lydon's best in six years. ~ Andy Kellman