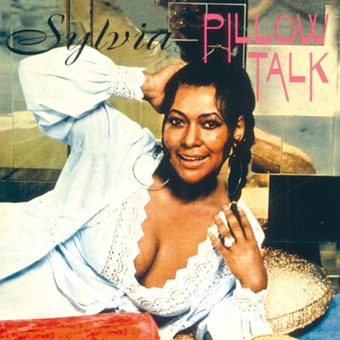 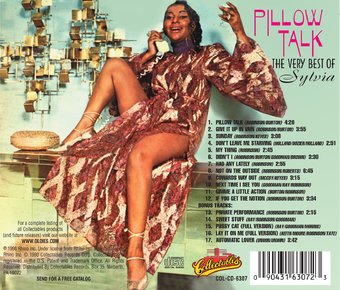 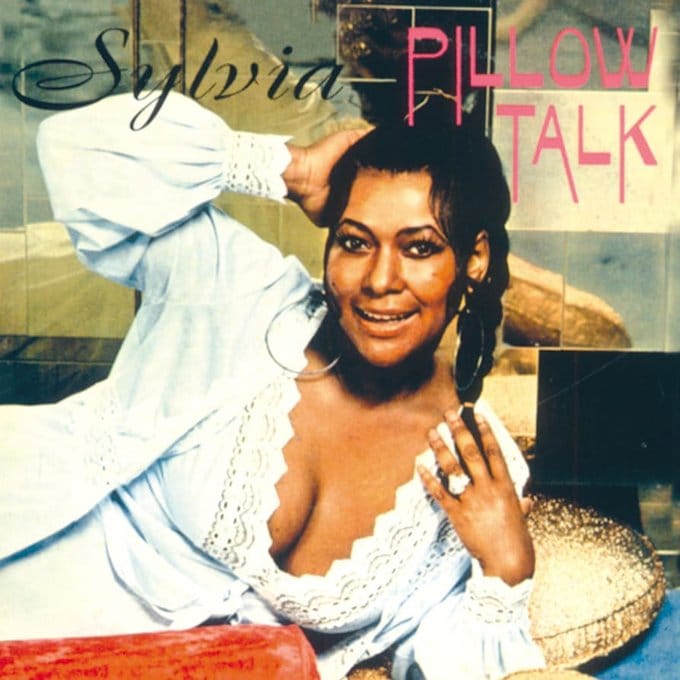 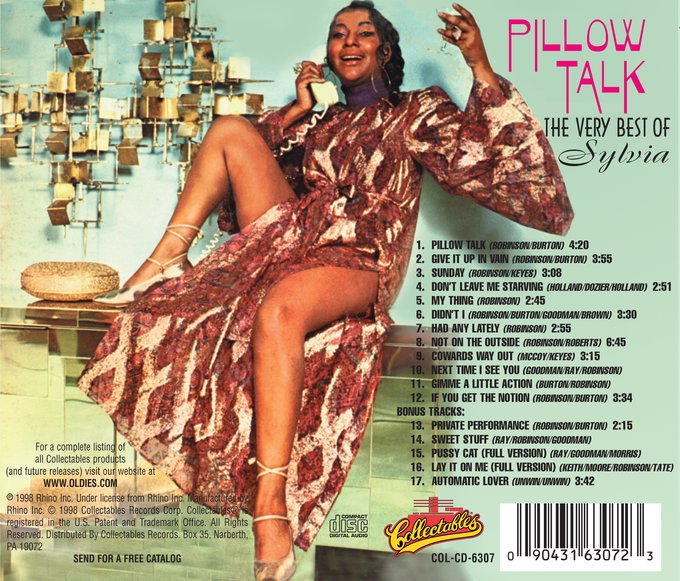 Before Donna Summer, there was sexy Sylvia. Singer/songwriter/producer (and later record label founder) Sylvia first hit the charts as half of the Mickey & Sylvia duo. "Pillow Talk" was her incredibly sexy #1 R&B and #3 Pop hit in 1973.

Personnel includes: Sylvia Vanderpool Robinson (vocals).
Includes liner notes by Mark Marymont.
Liner Note Author: Mark Marymont.
Features the sensuous, erotic "Pillow Talk," sung by Sylvia Robinson. The rest is interesting but doesn't have the commercial appeal. She remakes two Moment's songs: the sad, teary "Sunday," and the sweet soul classic "Not on the Outside," yet neither can hold a candle to the originals, despite the fact that Robinson co-wrote both songs, like she did most of the tunes on this LP. Holland Dozier Holland's "Don't Leave Me Starving" gets an update and comes off better than her own compositions, but you would never choose this one over the original. "Had Any Lately" sounds good enough to be a single, and it probably was. Robinson's niche is singing in a sensuous a whisper, when she does songs about pain and hurt she sounds melodramatic. Later singles and albums were far more pleasing than this debut released on one of the family of labels she owned with husband Joe Robinson. ~ Andrew Hamilton

The Dells
The Ultimate Collection
$13.60
Add to Cart

The Delfonics
La-La Means I Love You: The Definitive Collection
$8.20
Add to Cart

54%off
Southside Movement
The Very Best of I've Been Watching You (Limited) (CD)
$5.98 on Sale
Add to Cart