Let the sunshine in! 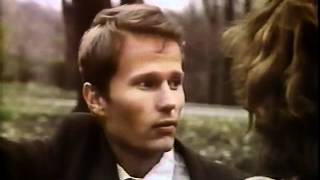 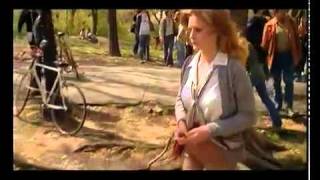 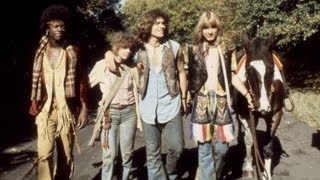 In what is widely considered to be even better than the Broadway stage musical, this film version of HAIR, directed by Milos Forman, gives a boost to what was, on the stage, a nonexistent plotline, and highlights the already fabulous score with this epic musical. Filmed on location in and around New York City, the main plotline follows Claude (John Savage) a farm boy turned draftee from Oklahoma on his way to Vietnam. In New York, he is adopted by a group of flower children, led by Berger (Treat Williams) and including Jeannie (Annie Golden), who take him on a series of counter-cultural adventures that introduce Claude to hallucinogens and to a flaky but loveable debutante named Sheila (Beverly D'Angelo). Along with this experience come an introduction to issues of race, gender, politics, and war. The performances--both the acting and the singing--are extraordinary, and choreographer Twyla Tharp stages some of the most inventive and exquisite dance sequences ever seen, including a "horse ballet" by mounted police in Central Park, and an LSD trip-fantasy sequence. The sheer visual energy in HAIR--and the energy of its stars--propels this unique and nostalgic film forward every minute, and gives new insight into the Vietnam War era.