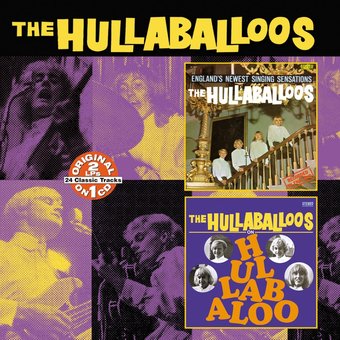 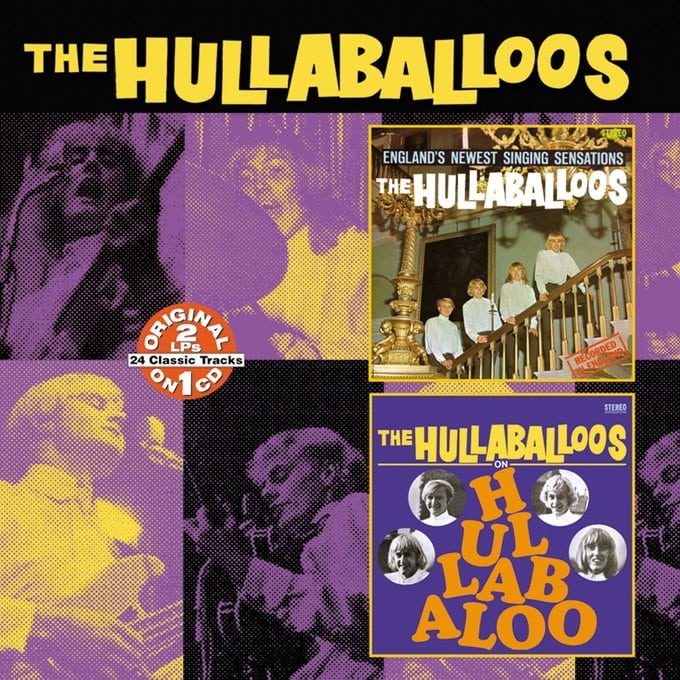 Blond haired pop darlings, The Hullaballoos, were part of the first wave of the British Invasion in the early 1960s. They were frequent performers on the TV series, "Hullabaloo" (notice the different spelling), and used the show to introduce many of their songs. This CD brings together their two albums, and includes "Party Doll", "Wouldn't You Like To Know", as well as no less than four Buddy Holly tunes.

2 LPs on 1 CD: ENGLAND'S NEWEST SINGING SENSATIONS (1965)/ON HULLABALOO (1965).
Originally released on Roulette.
Liner Note Author: Mark Marymont.
This CD combines both of the Hullaballoos' albums onto one CD, handily summarizing this British Invasion footnote in one place (and just 51 minutes, although it contains 24 songs). The group plays like a cross between the Searchers and Gerry & the Pacemakers on amphetamines on most of their self-titled album, which includes both "I'm Gonna Love You Too" and "Did You Ever." Enjoyable despite itself, and "I'll Show You How to Love" is actually a pretty and tuneful beat ballad worthy of a more skilled group. Their second LP stuck to much the same format as their first. A few Buddy Holly covers were stuck amidst new songs, supplied to the band, that aimed to combine Buddy Holly with the Merseybeat sound, in a simple and exploitative way. Like the debut, it's not bad in spite of all that, though the material is a little weaker this time around. "I Won't Turn Away Now" is about the best of the batch, with something of a melodramatic New York pop influence in the songwriting; it wouldn't be too hard to imagine the Shangri-Las doing it with a totally different arrangement, for instance. ~ Richie Unterberger

Dusty Springfield
Stay Awhile:I Only Want To Be With Yo
$19.20
Add to Cart

53%off
The Troggs
Wild Things: Godfathers of Punk
$7.98 on Sale
Add to Cart