Herbert West has a good head on his shoulders... and another on his desk. 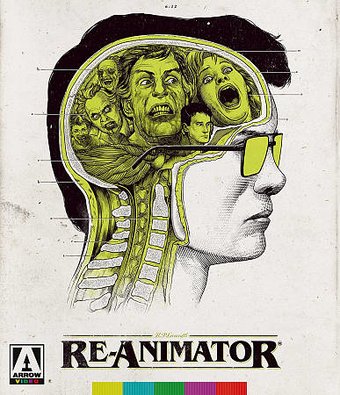 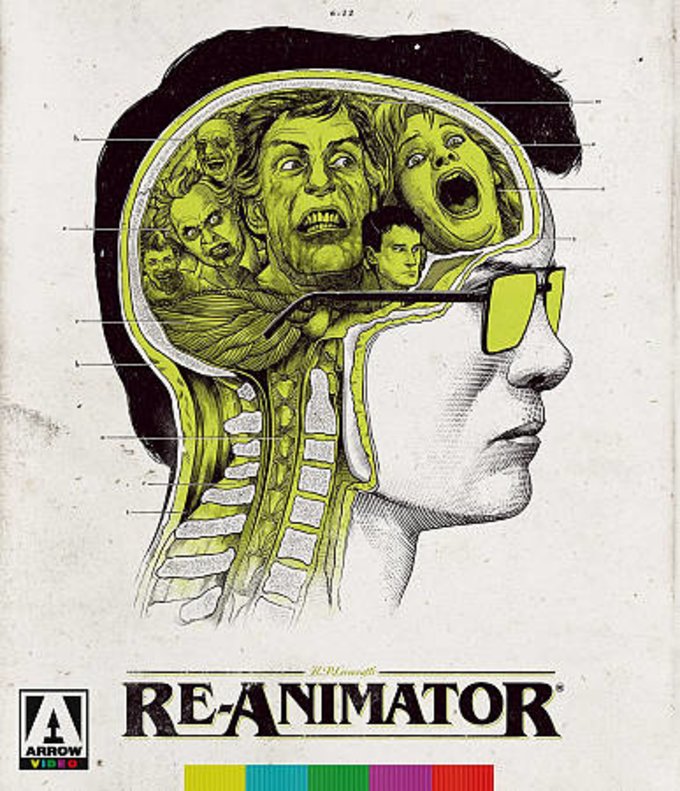 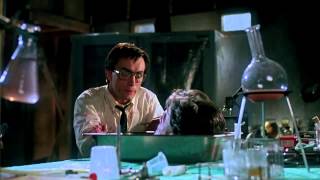 "What if we get caught'"--Dan Cain (Bruce Abbott)
"What'll they do' Embalm us'"
- Herbert West (Jeffery Combs)
"Who's going to believe a talking head' Get a job in a sideshow."
- Herbert West

Herbert West (Jeffery Combs) has found the secret to eternal life--or so he thinks. West needs fresh cadavers to continue his experiments in the re-animation of dead tissue, so he enlists the help of young medical student Dan Cain (Bruce Abbott) to steal bodies from the local morgue. Despite all the warning signs of failure, the eccentric West's research continues. The results are crazed zombies that roam the streets, severed heads that talk, murder, madness, and chaos, all in the name of science, of course. Director Stuart Gordon's film debut, an adaptation of the short story by H.P. Lovecraft, is a masterpiece of ghoulish fun. Graphic special effects, good scripting, and perfectly over-the-top performances make RE-ANIMATOR a classic horror film in the tradition of THE EVIL DEAD and RETURN OF THE LIVING DEAD.

In Stuart Gordon's RE-ANIMATOR, a demented medical student develops a serum that can bring human corpses back to life, but the re-animated carcasses turn spastically violent in this smart, gore-strewn, tongue-in-cheek schlocker based on a story by H.P. Lovecraft.

Beyond Re-Animator (Blu-ray)
$37
Add to Cart