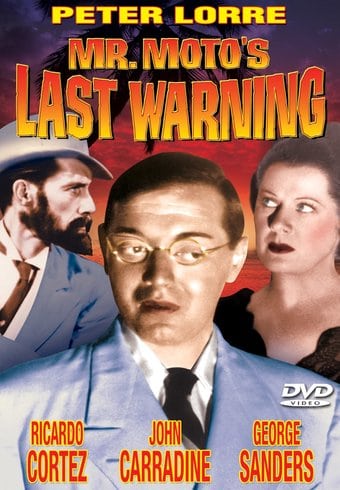 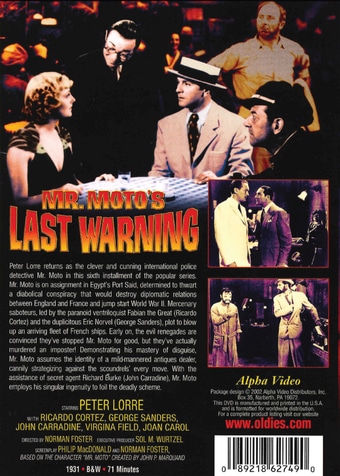 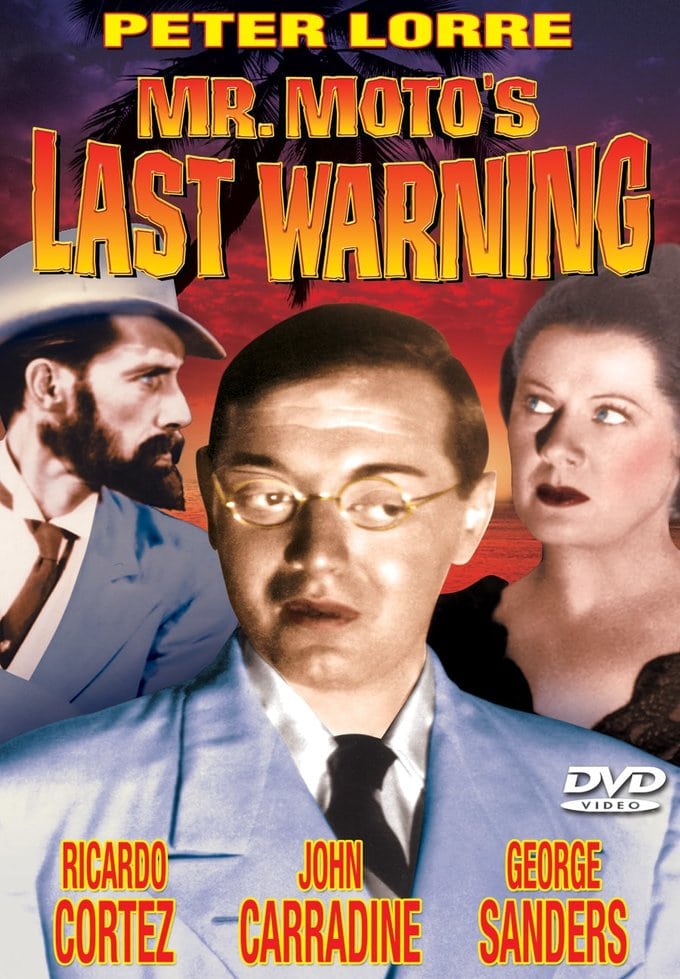 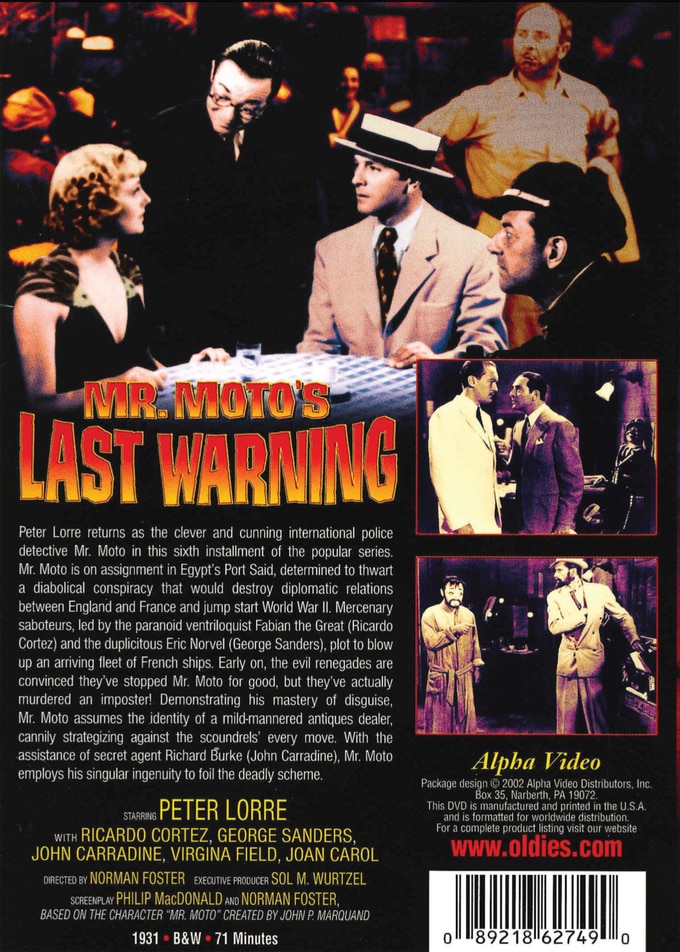 Peter Lorre returns as the clever and cunning international police detective Mr. Moto in this sixth installment of the popular series. Mr. Moto is on assignment in Egypt's Port Said, determined to thwart a diabolical conspiracy that would destroy diplomatic relations between England and France and jump start World War II. Mercenary saboteurs, led by the paranoid ventriloquist Fabian the Great (Ricardo Cortez) and the duplicitous Eric Norvel (George Sanders), plot to blow up an arriving fleet of French ships. Early on, the evil renegades are convinced they've stopped Mr. Moto for good, but they've actually murdered an imposter! Demonstrating his mastery of disguise, Mr. Moto assumes the identity of a mild-mannered antiques dealer, cannily strategizing against the scoundrels' every move. With the assistance of secret agent Richard Burke (John Carradine), Mr. Moto employs his singular ingenuity to foil the deadly scheme.

One of the last of the Mr. Moto detective series of the 1930's. Lorre plays the Japanese sleuth who tries to outwit saboteurs out to blow up a French fleet at the Suez Canal.

Action | Detectives | Mystery | Thriller
This product is made-on-demand by the manufacturer using DVD-R recordable media. Almost all DVD players can play DVD-Rs (except for some older models made before 2000) - please consult your owner's manual for formats compatible with your player. These DVD-Rs may not play on all computers or DVD player/recorders. To address this, the manufacturer recommends viewing this product on a DVD player that does not have recording capability.

Customer Rating:
Based on 1926 ratings.


Alpha does it again with a superior print of a great little mystery thriller. Peter Lorre stars as Mr. Moto and he helps stop saboteurs from blowing up the Panama Canal. It is nice to see a company like Alpha putting out these little seen gems. Box art is again top notch. Check it out!!